Zavala County is located in the Middle Rio Grande region of Texas. As an area near the U.S.-Mexico border, this county has historically sustained an unemployment level more than twice the Texas statewide average.

Despite overall reductions of local unemployment rates across South Texas, the area's employment level did not show improvement in the past decade. In 2016, this county's unemployment continued to rise, reaching as high as 17 percent in July.

Except for a few months, Zavala County's employment level tended to decline during the past decade. By the end of 2016, the county lost nearly 10 percent of its job positions on a year-over-year basis. The county's lackluster economic performance has also contributed to slow business activity and sales tax collections.

The largest sector of Zavala County is government, which employs more than 30 percent of the local workforce. Health care is the largest private sector, accounting for another 17 percent of all jobs in the county. Employment is also relatively concentrated in the farming and manufacturing sectors; each makes up about 10 percent of the area's total employment. Farming employment is also particularly large in this rural community.

A total of 30 people work in the mining sector. While employment in this sector is still remarkably small, especially in comparison with other South Texas areas, its percentage growth since 2005 has been exceptional. In addition to the mining sector, recent developments in the nearly Eagle Ford shale region have contributed to the growth of industries related to oil and gas well drilling activity, including retail trade, and accommodation and food services.

Income earnings of residents in Zavala County have historically been about half of the state average. This large income gap is associated with its workforce's substantially lower educational attainment. Only 7 percent of the adult population in the area has completed a college degree, compared to nearly 30 percent nationwide.

As for other areas near the U.S.-Mexico border, this county's population size is affected by changes in the migration pattern over time. The county lost residents in the aftermath of the 2007-2009 national recession, and since then domestic migration has contributed to steady population growth. Despite a large population, business formation has been slow in this largely rural community. 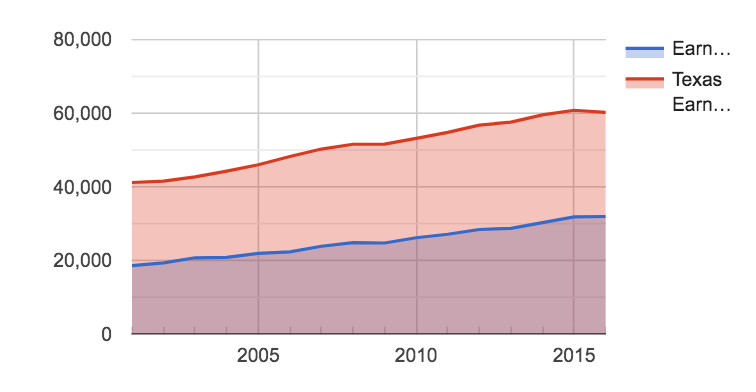 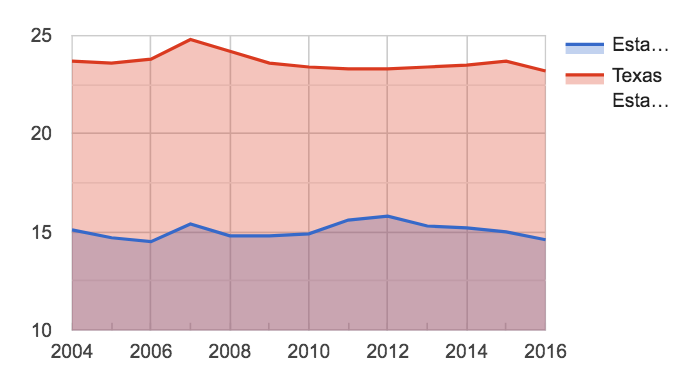