Zapata County is located in the Rio Grande Valley of South Texas. The area is also near the core production region of the Eagle Ford shale play. As for other U.S.-Mexico border areas, this county had historically sustained higher unemployment than the statewide average until the turn of this decade. As the Texas shale oil boom unfolded, the area's unemployment rate improved along with the statewide average through the end of 2014.

Low oil prices in the past two years have taken a hit on Zapata County's overall economy. Its unemployment rate surged from a historically low level of 4.5 percent at the end of 2015 to above 11 percent in mid-2016. Its employment condition also deteriorated from an annual 18 percent growth in 2011 to a loss as much as 20 percent in 2015.

Zapata County's largest employer is the public sector, making up nearly one-quarter of the local workforce. The largest private sector is mining. More than one in five employees in this county work in oil and gas extraction. Other than the mining sector, developments in the regional shale oil and gas industry have helped the development of other related industries in the county, including retail trade and transportation.

As a result of the recent shale oil boom, the area's income gap with the Texas state average diminished between 2012 and 2014. On the other hand, the creation of new businesses in the area has lagged behind the growth of local population. 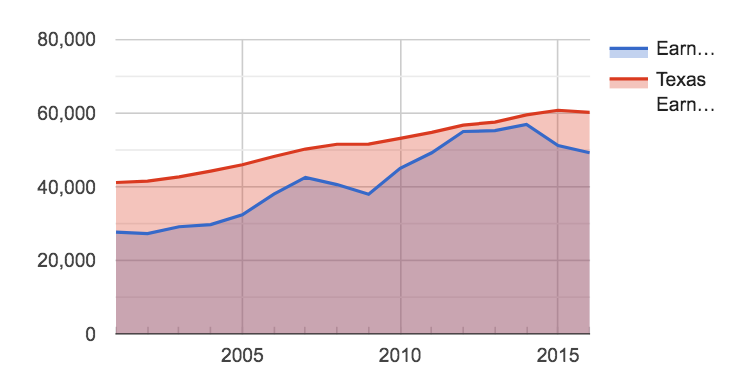 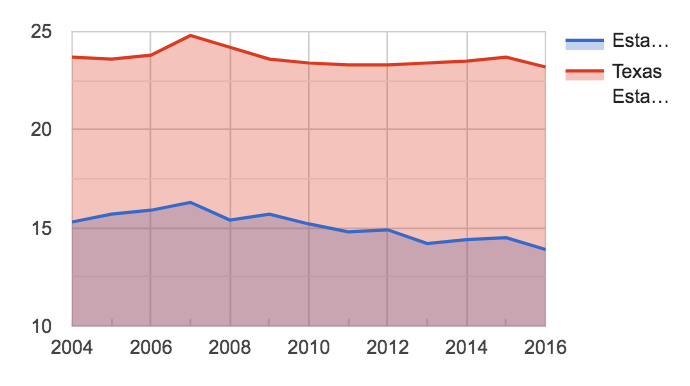