Wilson County is located in the southwest of the San Antonio-New Braunfels MSA. This county is also near the core region of the Eagle Ford play, and thus its economy has benefited from the recent shale oil boom in South Texas.

As for other communities near San Antonio, particularly Guadalupe County, the unemployment rate of this area has historically stayed below the statewide level. In 2016, its monthly unemployment rates averaged below 4 percent. Its employment growth has also stayed persistently above the state average. Except for 2010, when job gains surged to as much as 12 percent, this county's year-over-year employment growth has been above 2 percent, even in 2016.

Wilson County's strong employment and population growth over time has promoted a sound local business environment, especially its housing market. Home construction activity in the area was relatively stable during the past decade, resulting in steady appreciation of home prices. 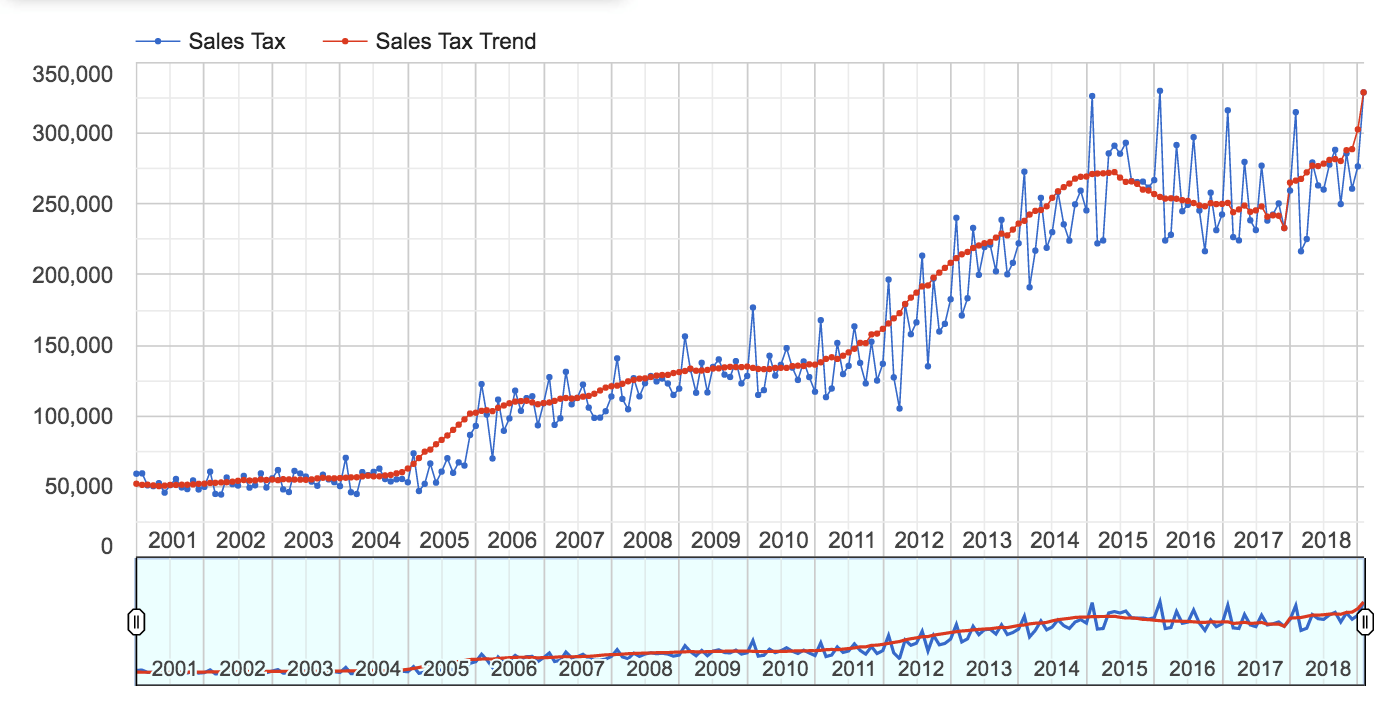 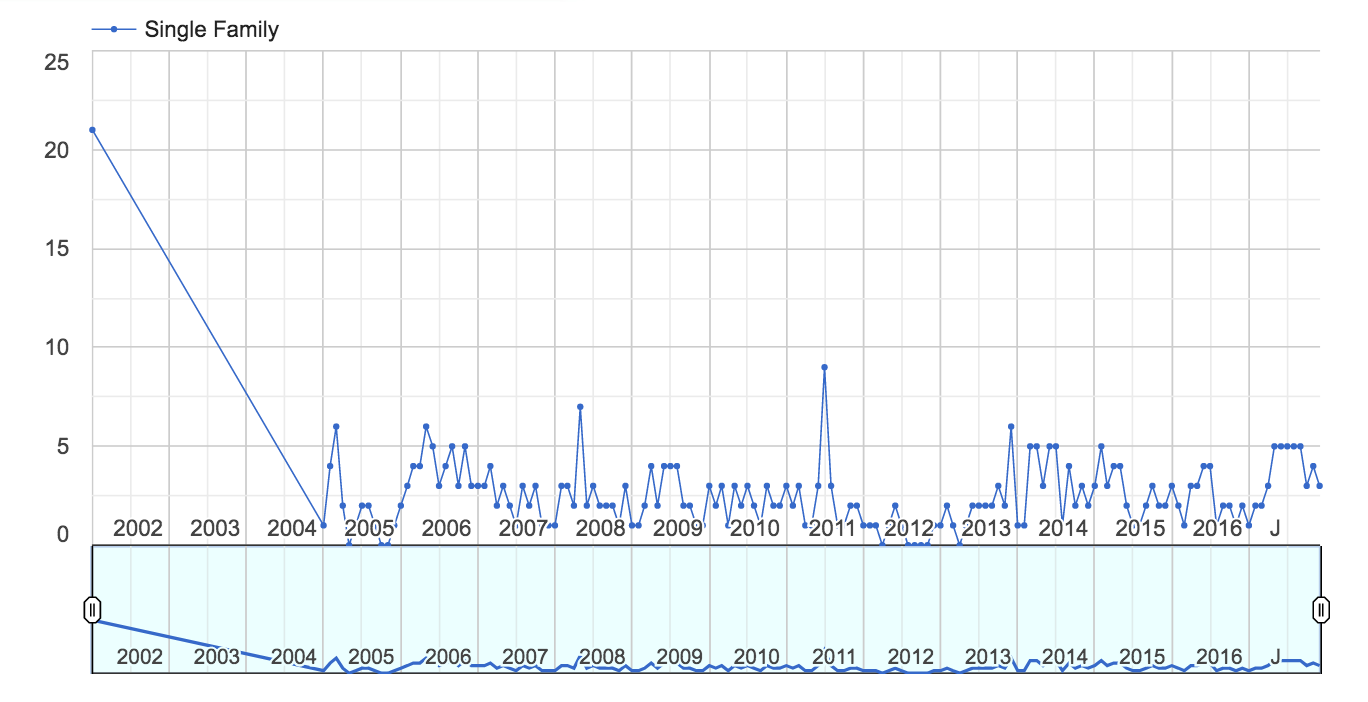 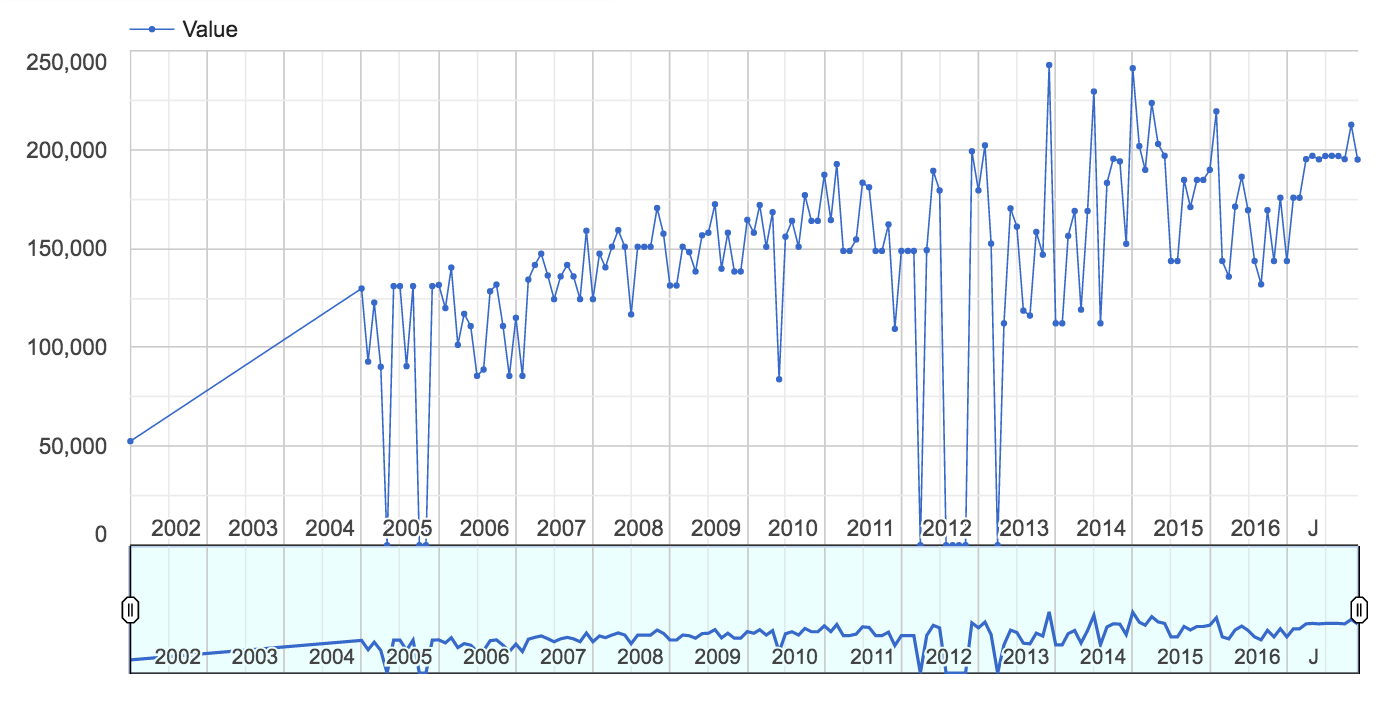 The remarkably stable economy in Wilson County is associated with the area's economic diversification. The government is the largest sector, making up 26 percent of the local workforce. Other large sectors are retail trade and construction.

A total of more than 300 people work in the mining sector. Although that represents only 3 percent of the county's workforce, this employment share is about 8 times the national average as a result of recent developments in the Eagle Ford region.

The average annual earnings of employees in Wilson County have historically been about 25 percent below the Texas state average. This income gap is associated with its workforce's relatively lower educational attainment. Less than 20 percent of the adult population in this county holds a Bachelor's degree or higher, compared to nearly 30 percent nationwide.

As for other areas around San Antonio, Wilson County has witnessed domestic migration that has contributed to steady population growth. Strong employment and population growth in this county has also promoted the growth of local businesses since 2009 in terms of the number of businesses and sales volumes. 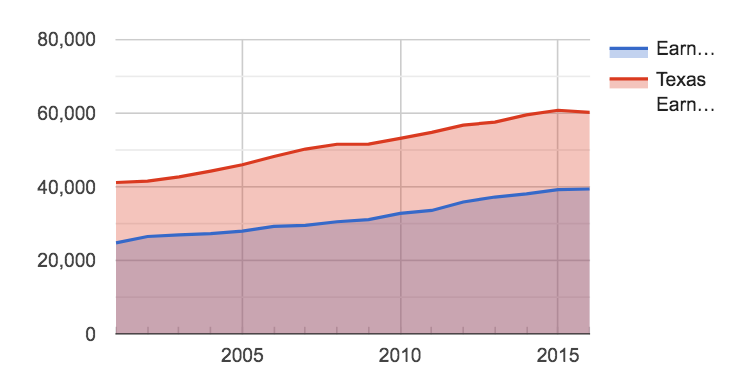 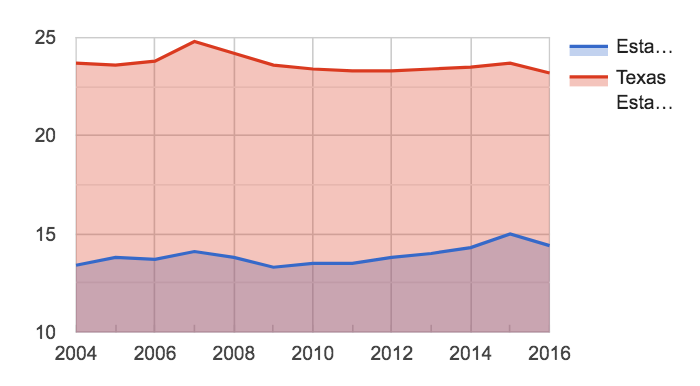