Victoria County in the Golden Crescent region of South Texas has been heavily exposed to the rise and fall of the Texas shale oil industry since 2010. This county's unemployment rate dropped from an average of 7.5 percent in 2010 to 3.2 percent by the end of 2014. In 2012, its annual employment growth above 5 percent was about twice the Texas state average.

In the wake of falling oil prices beginning 2015, the area's economic performance weakened somewhat. Its unemployment rate reached as high as 5.7 percent in August 2016. But at that time, the county's labor market had begun to revive as oil drilling activity in the nearby Eagle Ford region had resumed.

Despite an overall slowdown in business sales, this county's housing market has stayed relatively strong. Home construction has continued to expand and home prices have remained stable. 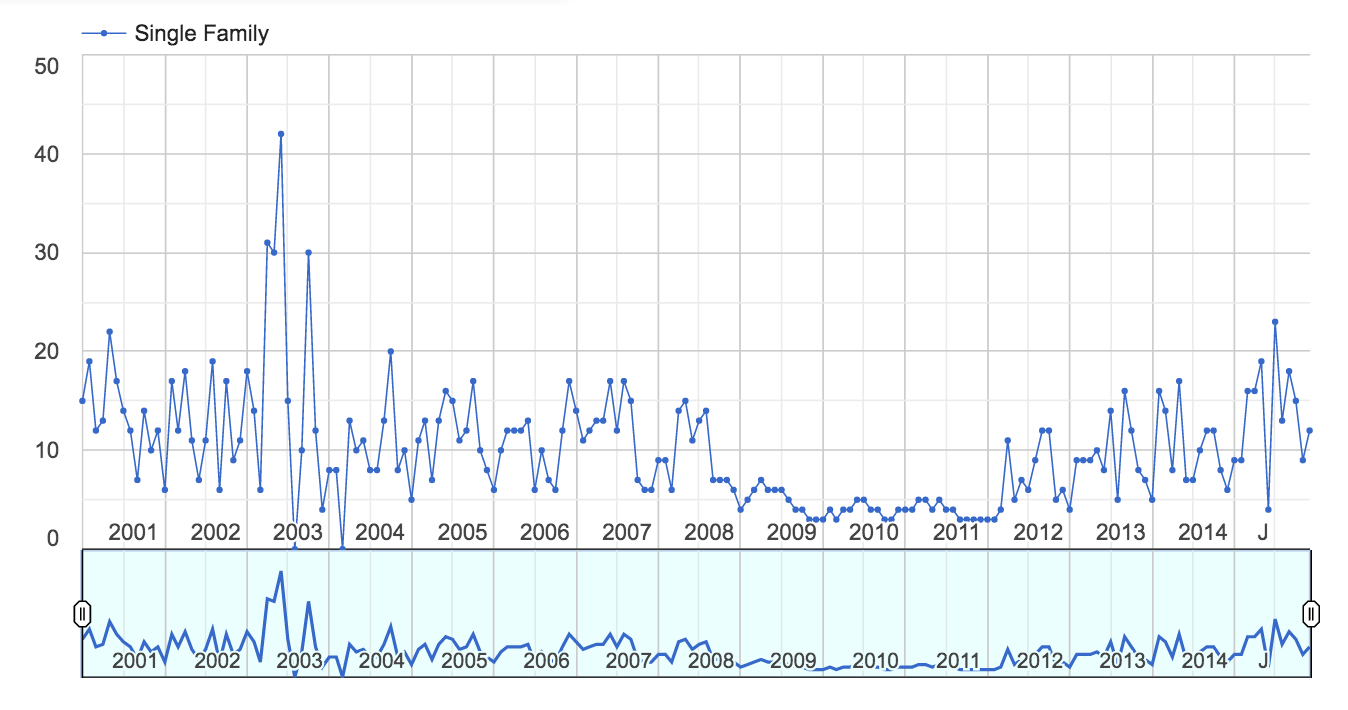 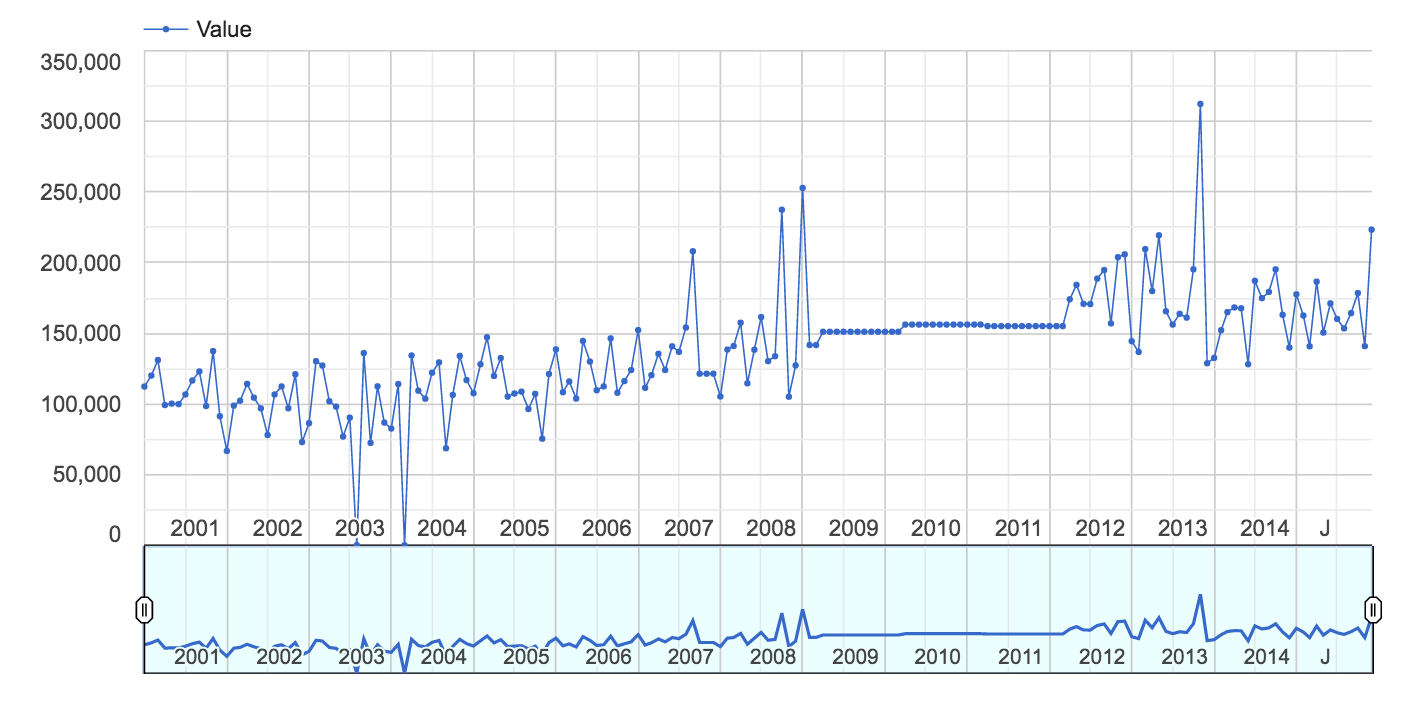 The economy of Victoria County is diversified. A large number of hospitals make health care the largest sector by employment, which makes up 15 percent of the local workforce. Compared to other South Texas communities, its government sector is relatively small, accounting for 15 percent of all jobs in the county. Much of the recent expansion among a large number of sectors in this county, from trade to construction, was associated with regional growth particularly in the Eagle Ford region.

Nearly 2,600 were employed in the mining sector. Its 5 percent local employment share is about 14 times the employment share of that sector nationwide. Like nearby Matagorda County, the utilities sector is relative large from the perspective of a typical U.S. community. South Texas Electric Co-Op and AEP together employ about 400 people.

The average annual earnings of employees in Victoria County have historically been about 85 percent of the Texas state average. This income gap is associated with its workforce's relatively lower educational attainment. Only 18 percent of the adult population in the region holds a Bachelor's degree or higher, compared to nearly 30 percent nationwide.

Solid employment and population growth in Victoria County, particularly in recent years, has promoted local business growth. Following a brief decline during the 2007-2009 economic downturn, the number of business establishments per 1,000 residents in the area rose to a peak of 27.5 in 2015, compared to 23.7 statewide. 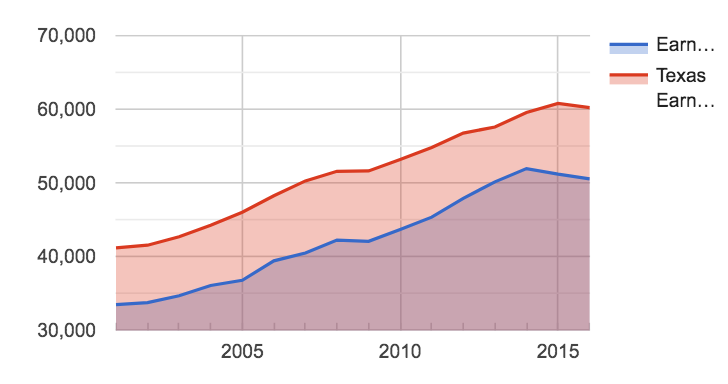 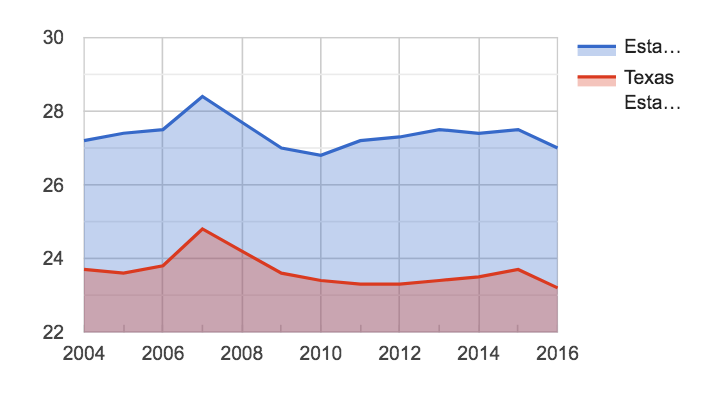