Starr County is located on the U.S.-Mexico border in the Rio Grande Valley. This county has historically sustained remarkably high joblessness. The area's unemployment rate has been more than double the statewide average. In 2016, its average unemployment rate was about 13 percent, compared to below 5 percent for Texas as a whole.

The area's employment growth also typically shows more volatility than the state. Its job growth rates in 2013 and 2015 were mostly negative. In 2016, this area's economy experienced a revival whereas most of the South Texas region suffered a downturn. 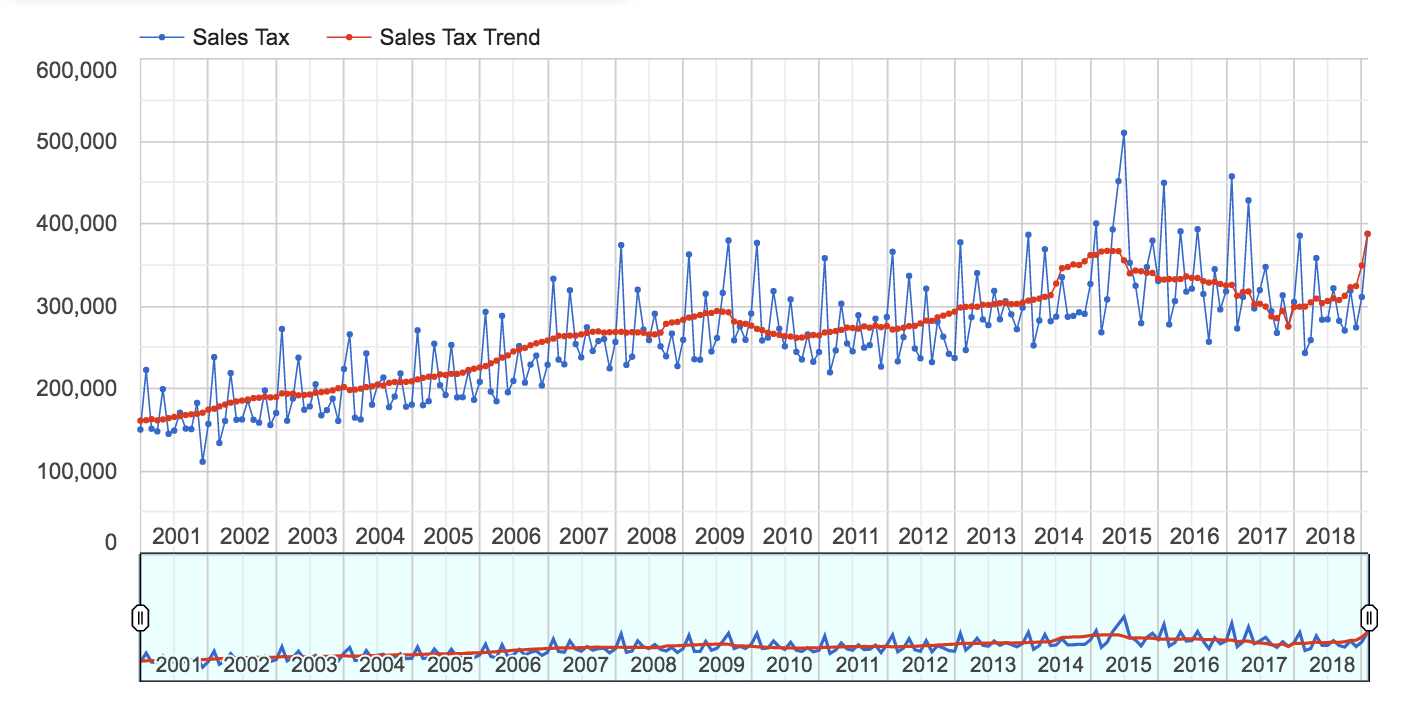 Starr County's location on the U.S.-Mexico border helps make the government sector the bigger local employer, which makes up nearly one-third of the local workforce. The more than 5,000 employees in its health care sector represent another 30 percent of all jobs in the county. The concentration of health care employment in this area is exceptionally high, more than twice the national average. Expansion of Starr County Memorial Hospital has helped contribute to the growth of this sector in the area.

Income earnings of residents in Starr County have historically been about 50 percent below the state average. This large income gap is associated with its workforce's substantially lower educational attainment. Only 10 percent of the adult population in the area has completed a college degree, compared to nearly 30 percent nationwide.

Since 2011, local population growth has slowed down due mostly to outmigration. A mobile workforce promotes economic vibrancy of the region, but a slow growing market base may weaken local business growth. Business formation has slowed down since 2007. In 2016, there were 14.6 business establishments per 1,000 residents in the area, compared with 23.2 for the Texas state as a whole.

As a region on the U.S.-Mexico border, Starr County has witnessed a constant stream of foreign immigrants, who have contributed to the area's steady population growth. Despite rapid population growth, the number of business establishments per 1,000 residents in this area has stayed at a relatively low level below 10. This level of business formation is only about half of the statewide average. 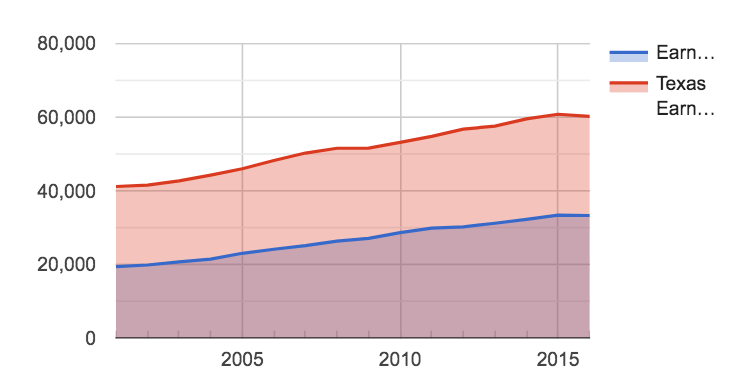 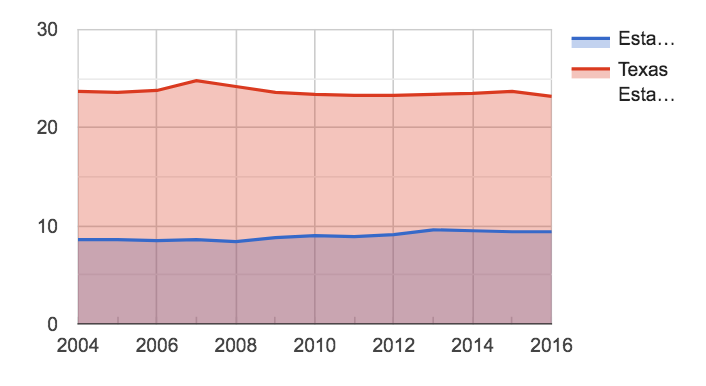