The local economies of South Texas are diverse. In 2016, the falling shale industry took a toll on some areas, while other areas less exposed to this industry continued to perform well. The unemployment rates of counties averaged below 5 percent around San Antonio, but exceeded 10 percent for counties in the core region of Eagle Ford. Year-over-year employment growth also varied widely between -20 percent and 5 percent across all counties in this region. 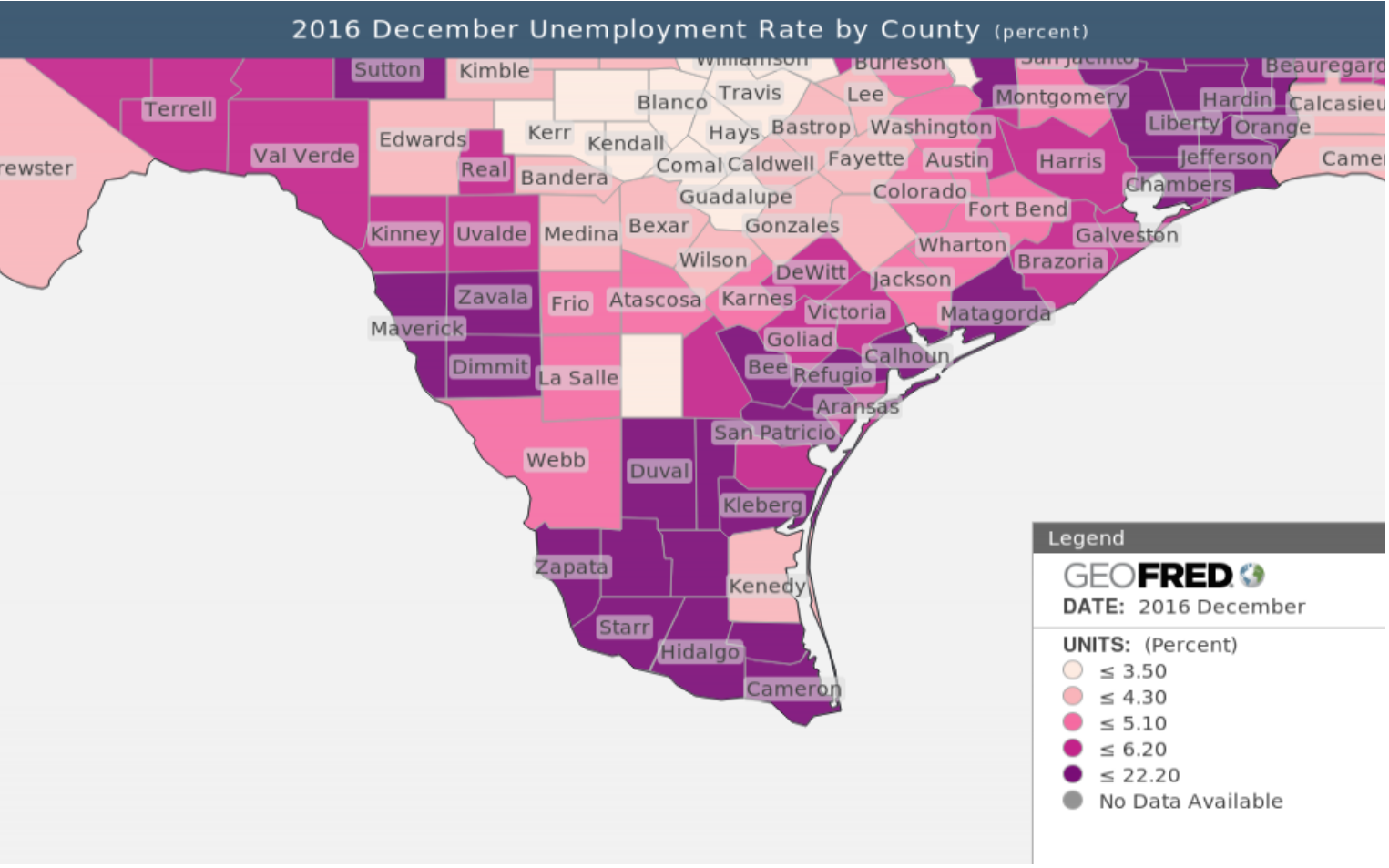 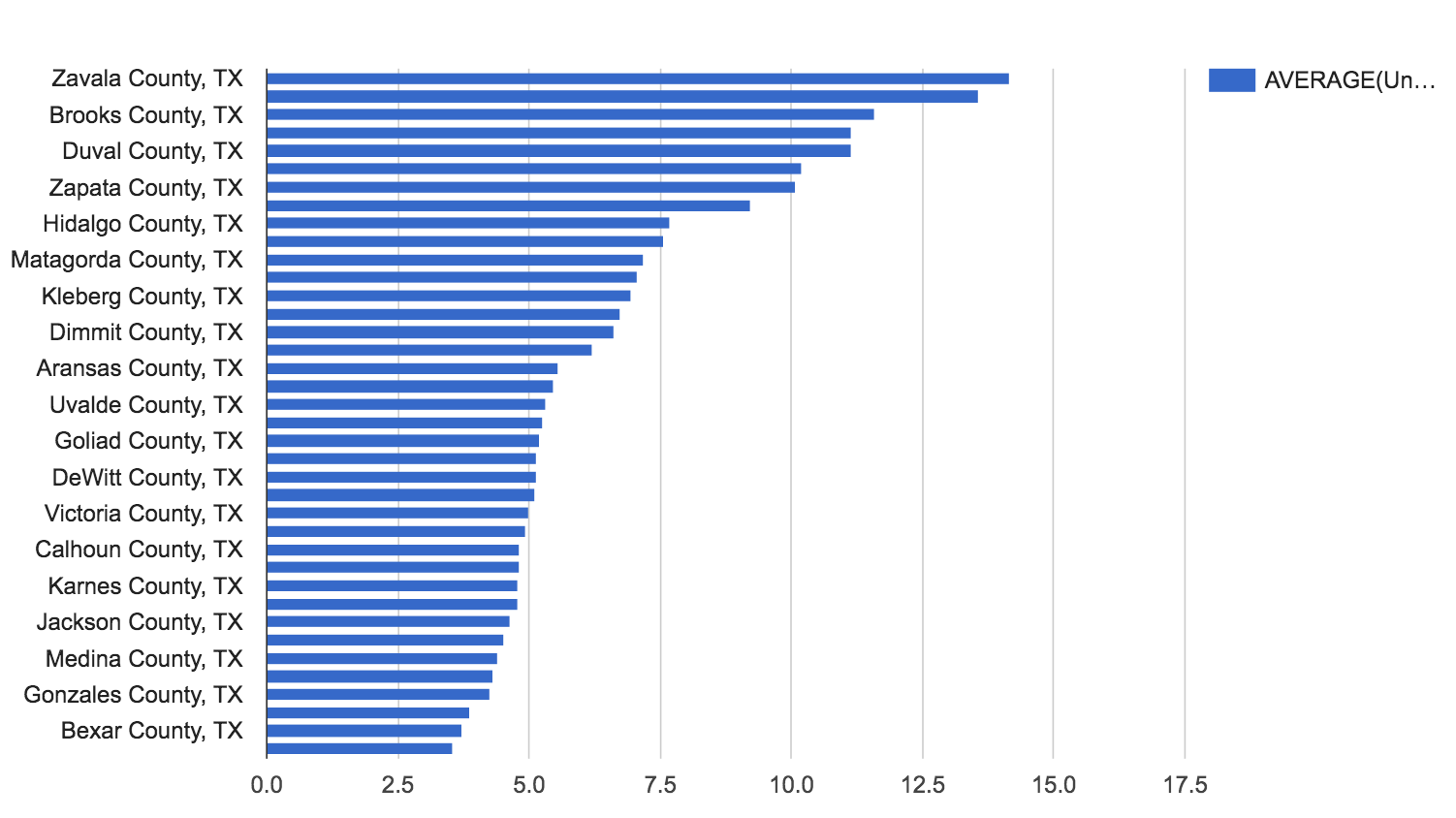 Economic performance across the South Texas region in 2016 was affected in varying extent by the exposure to the impacts of low oil prices. The mining sector plays an overall relatively significant role in this region. Counties with the highest local employment shares from the mining sector, such as Kenedy and Zapata, have suffered a severe economic downturn. On the other hand, more diversified areas, particularly those around San Antonio, have continued to experience job growth.

Although recent developments in the shale industry have affected income growth in numerous South Texas communities, individual counties' average income earnings tend to be directly correlated with their workforce's overall educational attainment levels. Both average income and educational attainment levels are the lowest among rural areas and along the U.S.-Mexico border, but the highest around San Antonio. Other than workforce skills, other drivers of long-term economic development, such as population and business growth, vary remarkably across South Texas. 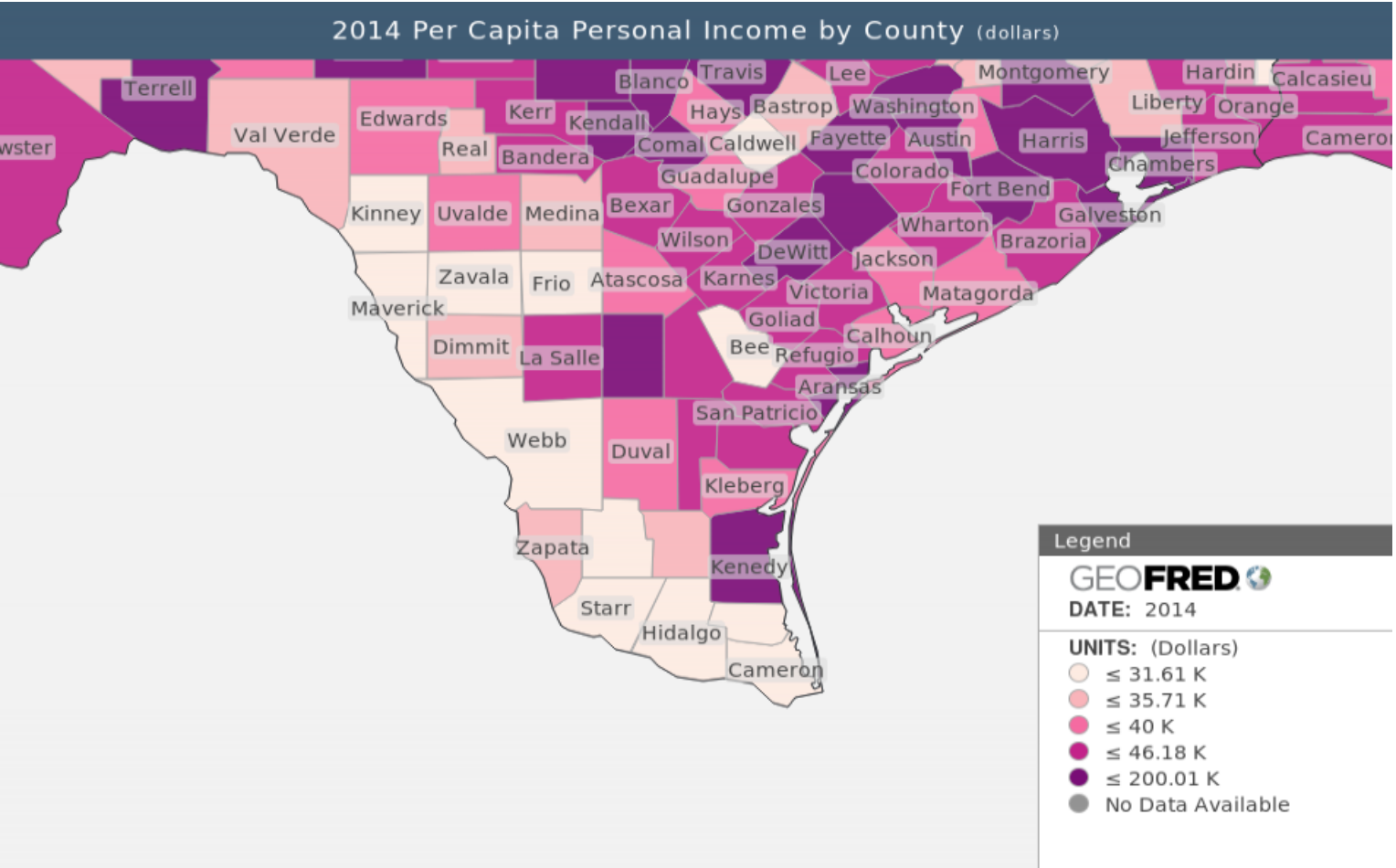