San Patricio County is part of the Corpus Christi metro area that has experienced record growth. This area took a hit during the run-up to the closure of its only military base, Naval Station Ingleside, in April 2010. Its population fell persistently between 2005 and 2010. In 2011, the county's unemployment exceeded 10 percent.

Since 2011, this area has become the main source of economic growth for the Corpus Christi metro area. Along with the logistical advantage of a deep-sea port in South Texas, the availability of shale oil and gas resources in the nearby Eagle Ford play has fueled the construction of a large number of heavy manufacturing plants around the Port of Corpus Christi. After a full year of negative job growth in 2015, surges in construction employment have more than offset the negative employment impacts from the falling oil and gas drilling activity.

Industrial construction activity in San Patricio County has been a major contributor to local business growth. Sales tax revenues of its various local taxing entities have expanded since 2010 without interruptions. Its housing market has also become increasingly tight. With relatively few new homes built in 2016, the average home price exceeded $150,000 for the first time in more than a decade. 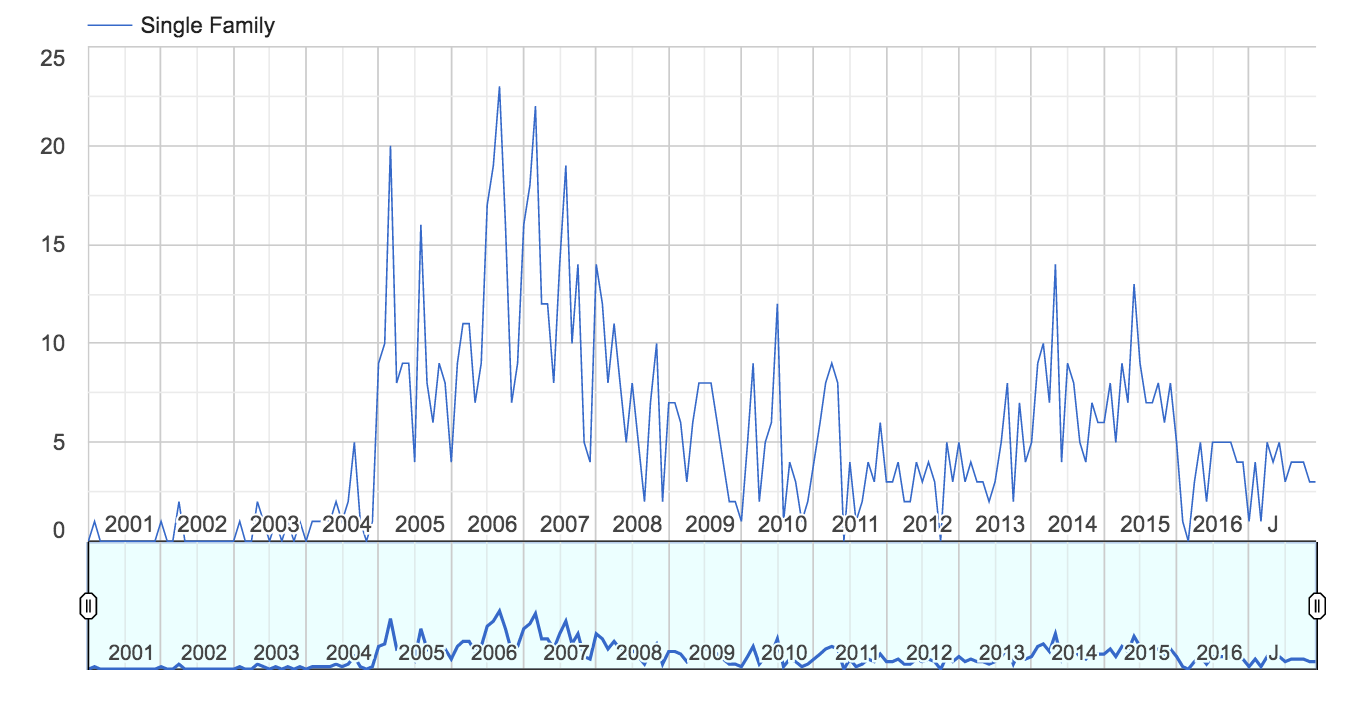 Construction is the largest private sector in San Patricio County, employing 16 percent of the local workforce. Other major industries are in tourism and hospitality, such as accommodation and food services, and retail trade.

The growth of the construction sector is unique to this region, rather than following national trends. Other than construction, the employment share of the mining sector, mostly in oil and gas extraction, is also relatively large in this county. This sector's 3 percent employment share is nearly 7 times greater than that for a typical U.S. community.

The average annual earnings of employees in San Patricio County have historically been about 10 percent less than the Texas state average. This income gap is associated with its workforce's relatively lower educational attainment. Only 14 percent of the adult population in the region holds a Bachelor's degree or higher, compared to nearly 30 percent nationwide. The high concentration of jobs in construction also suggests that a large proportion of the local workforce is relatively less educated.

Business formation in San Patricio County declined steadily in the wake of the last BRAC (Base Realignment And Closure) round in 2005. The number of business establishments per 1,000 residents in this area edged up again during the shale oil boom period of rapid economic growth across South Texas.

The county lost population between 2005 and 2010 during the run-up to the closure of Naval Station Ingleside. Since 2010, the industrial construction boom has led to gains in local employment as well as population. 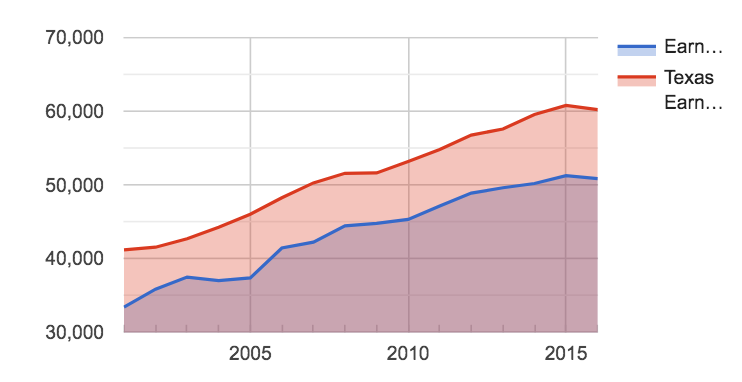 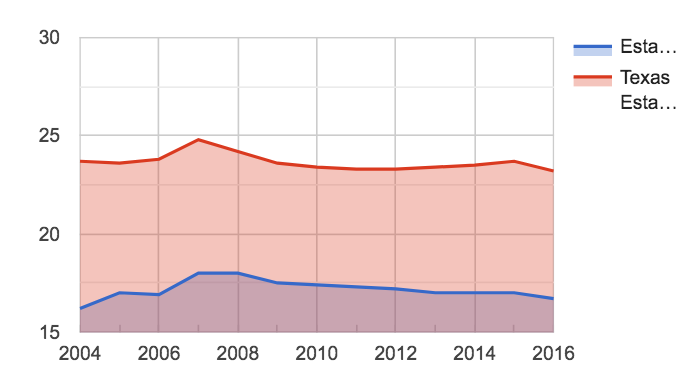