The San Antonio-New Braunfels MSA is the third largest metro area in Texas. The area comprises the counties of Atascosa, Bandera, and Bexar, which together had a total population of about 2.4 million in 2016. The city of San Antonio is also the only South Texas city that has sustained lower unemployment and higher job growth than the Texas statewide averages.

Since 2011, the unemployment rate of the San Antonio-New Braunfels metro area has trended down along with the Texas unemployment rate. In 2016, its job market remained solid. Despite a statewide slowdown, this area's monthly unemployment rates were below 4.5 percent, and its job growth averaged at 2 percent. 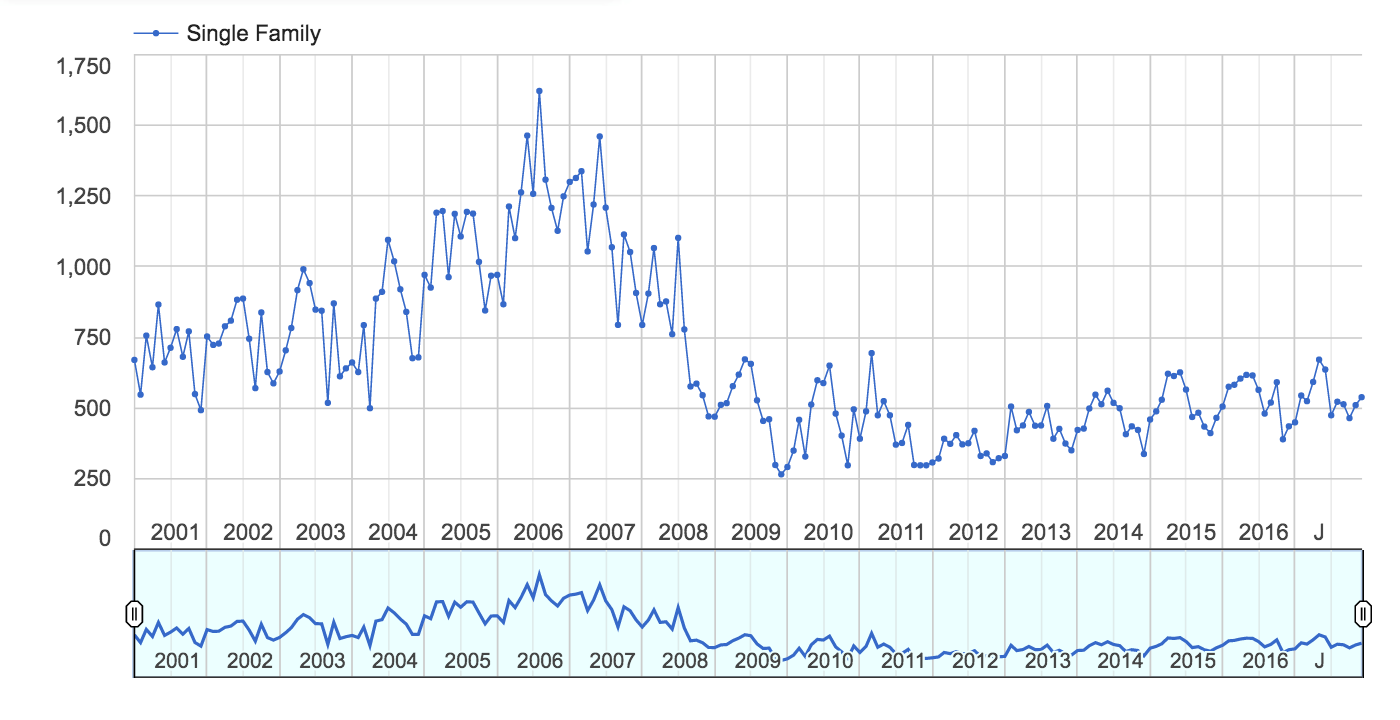 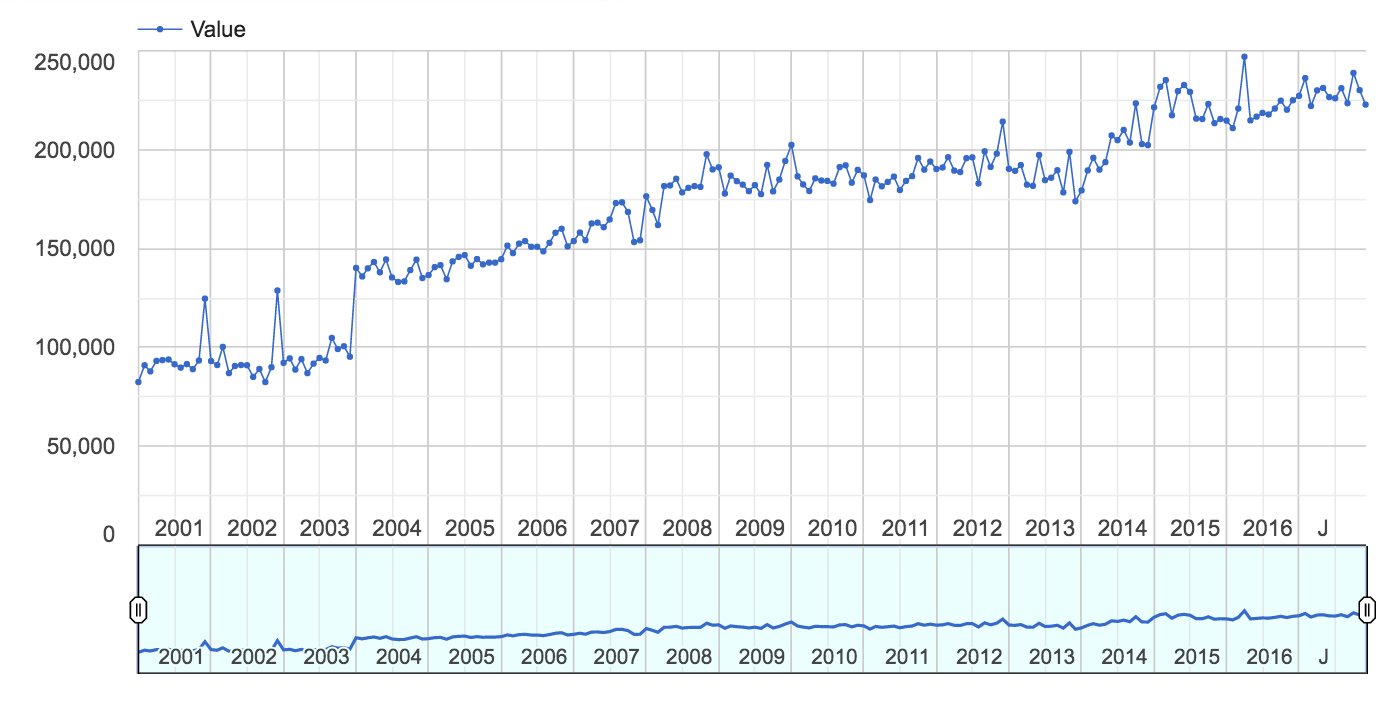 Compared with other metro areas in South Texas, San Antonio has a much more diversified economy. The largest sector is still the government, but its employment size is followed closely by health care, retail trade, and accommodation and food services.

Unlike the rest of the South Texas region, the mining sector accounts for less than 1 percent of San Antonio's total employment. Still the area's mining employment share, due mostly to the growth in oil and gas extraction, is now one and a half times the national average.

This metro area has a relatively large finance and insurance sector. This sector employs 6 percent of the area's total workforce, or about one and a half times the national average. Other than finance and insurance, industries that have expanded more rapidly in San Antonio than elsewhere are health care, retail trade, and accommodation and food services. 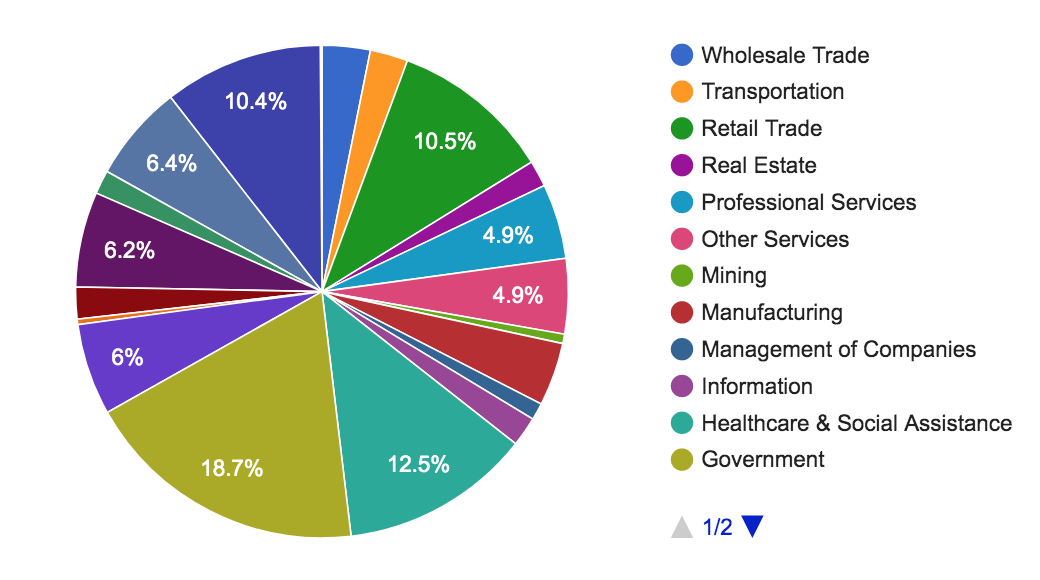 The average annual earnings for employees in San Antonio were the highest among all metro areas in South Texas. Still, that level at $53,644 in 2016 was about 10 percent below the statewide average. This income gap is attributable to its workforce's relatively lower educational attainment. About 25 percent of the adult population in the region holds a Bachelor's degree or higher, compared to nearly 30 percent nationwide.

Along with strong employment growth in recent years, San Antonio's population has continued to expand at a steady pace due in part to migration of people from outside the area. Business formation has also been solid. The number of business establishments per 1,000 residents rose steadily over the years since 2011, reaching a peak of 21.4 in 2015. 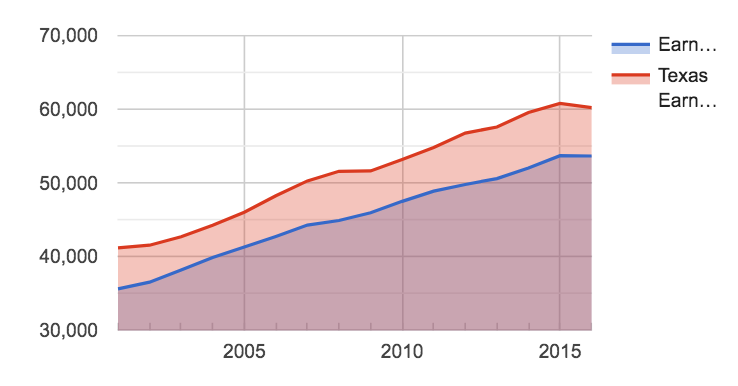 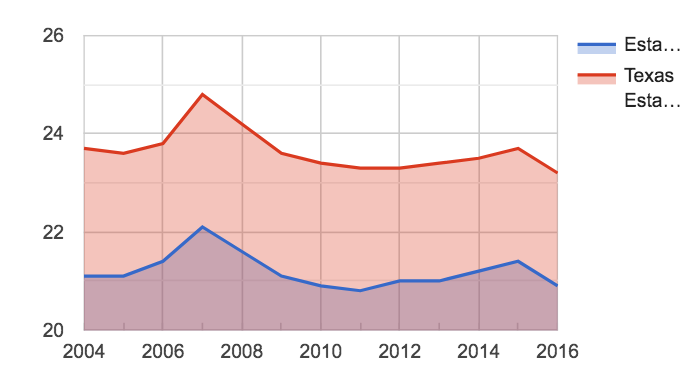