McMullen County is located in the Eagle Ford shale region which has generated tremendous impact on this county's economic performance since 2010. During the shale oil boom between 2011 and 2014, this county's annual employment growth constantly exceeded 10 percent.

By May 2014, its unemployment rate had edged down to a historically low of 1.5 percent, which was also the lowest in the nation. In 2016, its monthly unemployment rates still remained below 3 percent, despite an average of 5 percent year-over-year employment loss.

Despite rapid development of shale oil and gas extraction in McMullen County, its population has remained flat around 760. The mining sector accounts for one in five jobs in this county. The area also has a relatively large farming sector, which makes up 17 percent of the local workforce.

Other than employment in the mining sector, recent developments in the well drilling activity have also helped the expansion of businesses in such industries as retail trade, transportation, and accommodation and food services.

Strong economic performance in McMullen County has led to formation of a large number of new businesses. The number of business establishments per 1,000 residents in the area has more than doubled since 2009.

McMullen County's residents have an overall relatively lower level of educational attainment. Only 5 percent of the adult population in the region holds a Bachelor's degree or higher, compared to 30 percent nationwide. Due largely to the oil and gas drilling activity, this county's income earnings per capita have grown more rapidly than the Texas state average. In 2015, its annual earnings per employee approached the Texas statewide average of about $60,000. 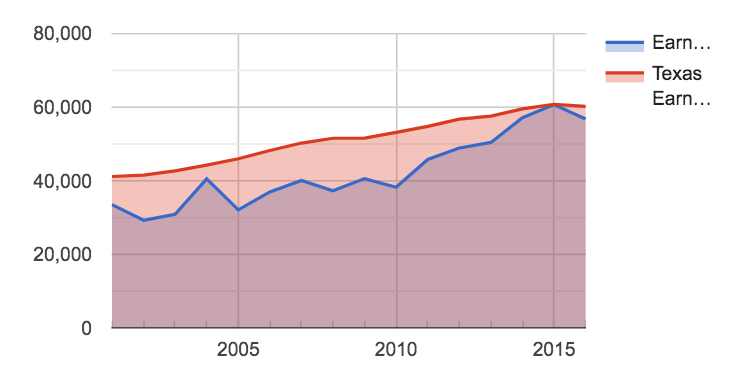 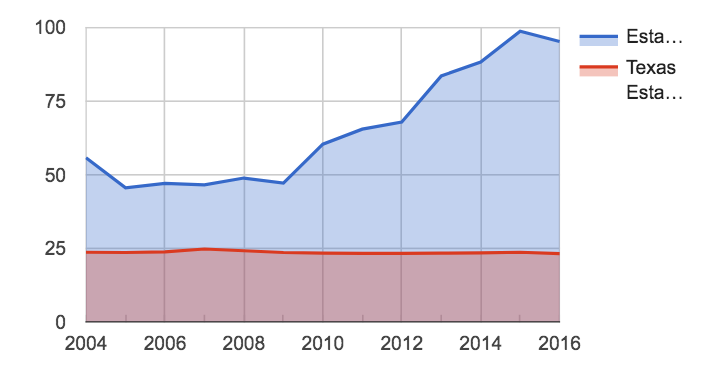