Live Oak County in the Coastal Bend is part of the core zone of the Eagle Ford shale formation. This county experienced dramatic growth during the shale oil boom. Between 2010 and 2014, its unemployment rate improved much more rapidly than the Texas state average. The county's unemployment reached its historically low of 3.2 percent in April 2014.

Since the Eagle Ford shale began to develop in the early 2010s, Live Oak County's employment pattern has followed the ups and downs of Texas shale oil drilling activity. After a brief downturn in 2010, its employment growth turned negative again in 2015 and 2016, while its unemployment rate edged up. The area's overall business conditions, gauged by local sales tax collections, have also slowed down considerably. 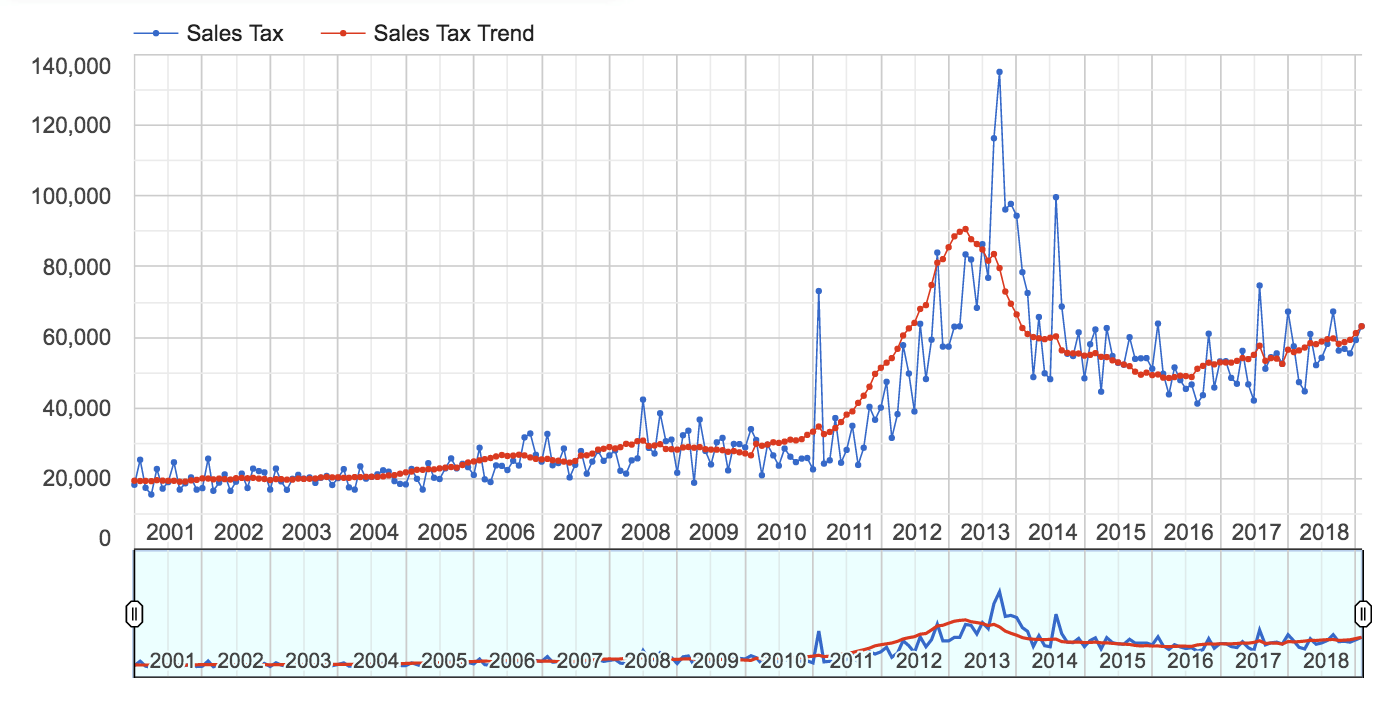 Other than the government, mining is the largest sector in Live Oak County with a population of about 12,000. The 700 jobs in oil and gas extraction represents 15 percent of the local workforce.

The shale oil boom in South Texas has spurred the growth of various local industries associated with well drilling activity, from hotels/motels and restaurants to construction and retail trade.

Live Oak County's residents have an overall relatively lower level of educational attainment. Only 18 percent of the adult population in the area holds a Bachelor's degree or higher, compared to nearly 30 percent nationwide. However, recent development of the shale oil and gas industry has significantly boosted the average income earnings of its residents, which became close to 95 percent of the Texas state average in 2016.

This county's business formation and population have also expanded rapidly since the Eagle Ford shale began to develop. In 2015, the number of business establishments per 1,000 residents in the area reached a record of 26.7, compared to 21.6 in 2004. 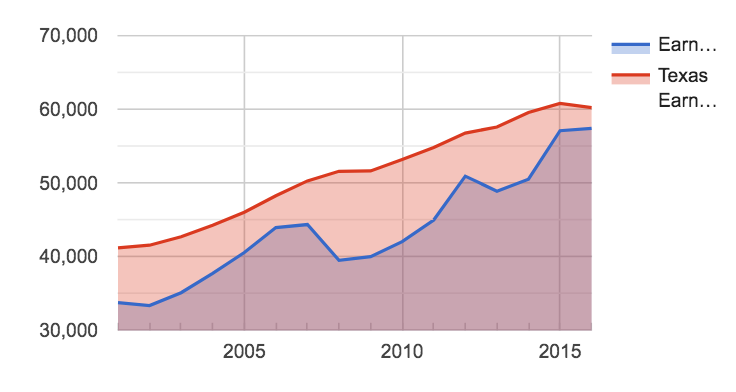 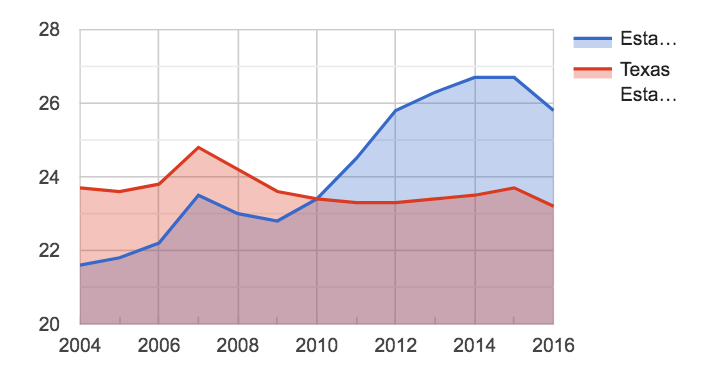