La Salle County is part of the Middle Rio Grande region of Texas. The first shale oil well in the Eagle Ford Shale play was discovered in this county in 2008. Since then, the impact of the shale oil and gas industry has been evident in the area. Beginning 2011, shale oil production grew exponentially, and employment growth exceeded 15 percent in the following two years.

As a result of the shale oil boom, La Salle County's unemployment rate dropped from 8.3 percent in January 2011 to a historic low of 2.5 percent by November 2014. In the wake of the subsequent falling oil prices, the area's unemployment rate surged to nearly 6 percent at the end of 2016 along with job losses more than 10 percent for two straight years. Gauged by local sales tax collections, the area's overall business conditions have also weakened considerably. 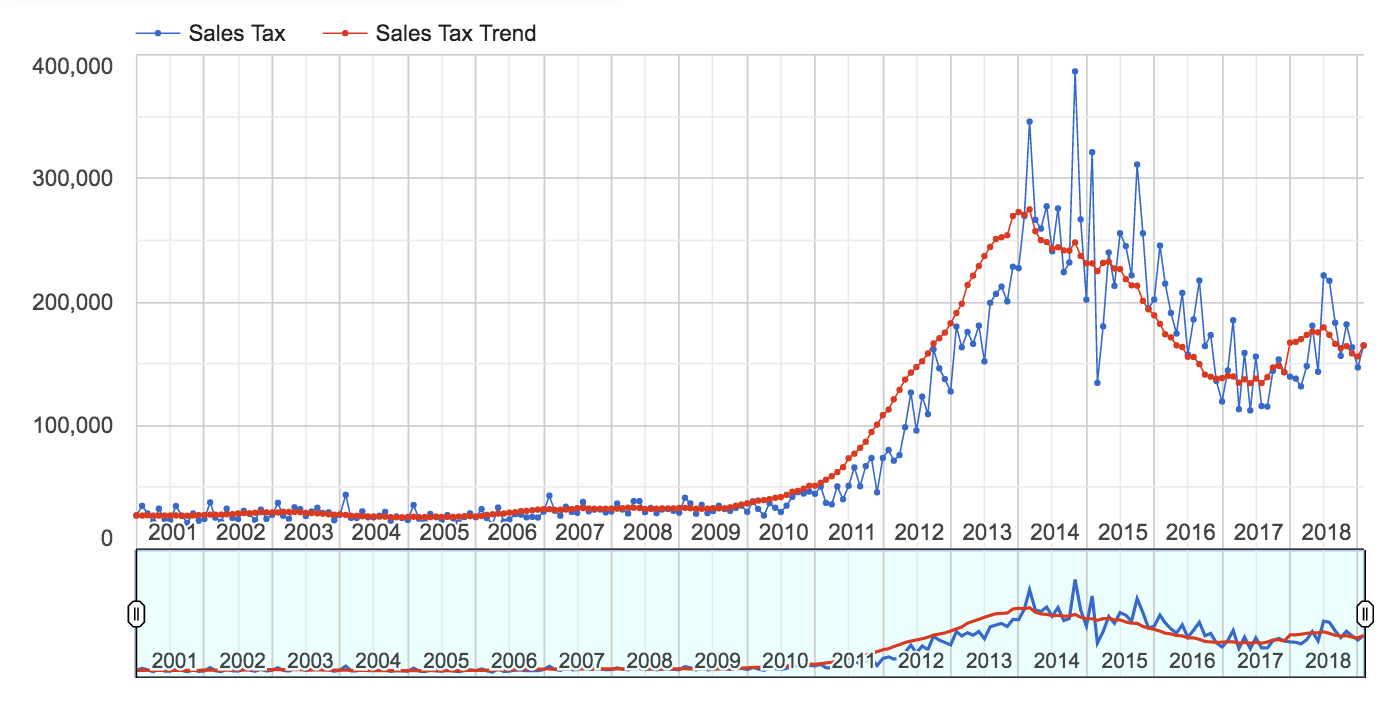 La Salle County's economy is highly concentrated in oil and gas extraction, due largely to the development of the Eagle Ford Shale play. The mining sector makes up more than 30 percent of all jobs in this area. This sector's local employment share is 78 times the national average.

The government sector makes up another 26 percent of local employment. The area's oil and gas drilling activity has also contributed to the growth of its related industries, such as construction, and accommodation and food services. 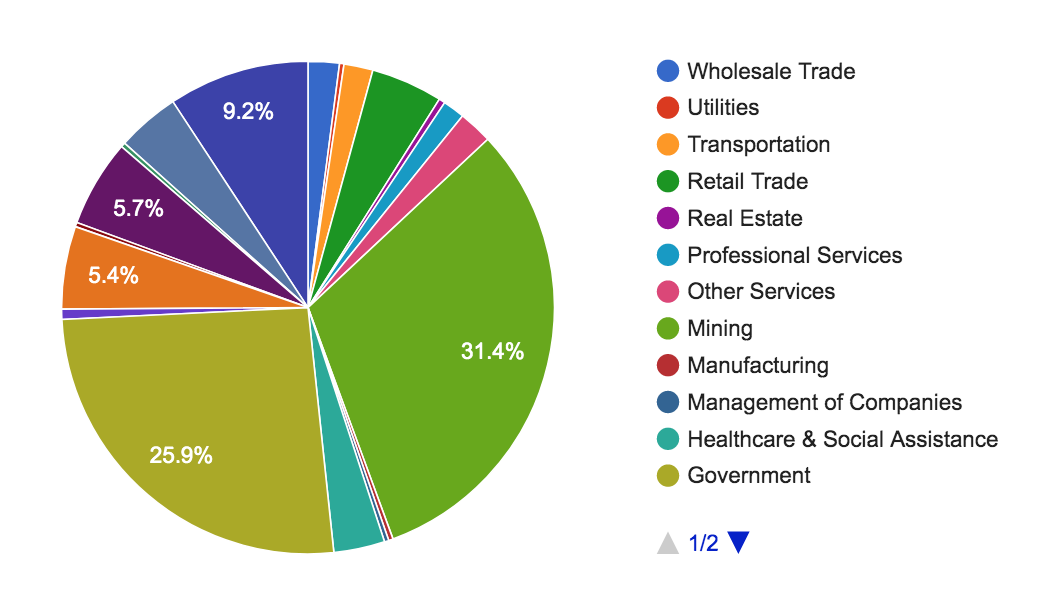 Income earnings in La Salle County have historically lagged behind the rest of the state until the oil boom period. This income gap is associated with a lower educational attainment of its residents. Only 17 percent of the adult population in the area holds a Bachelor's degree or higher, compared to nearly 30 percent nationwide.

Rapid development in Texas shale oil production has dramatically raised the county's income earnings. The average annual earnings for employees in this county have exceeded the statewide average since 2011.

Strong employment and population growth in this county have also speeded up local business growth. The number of business establishments per 1,000 residents in the area increased from 18.5 to a peak of 25.3 in 2015. 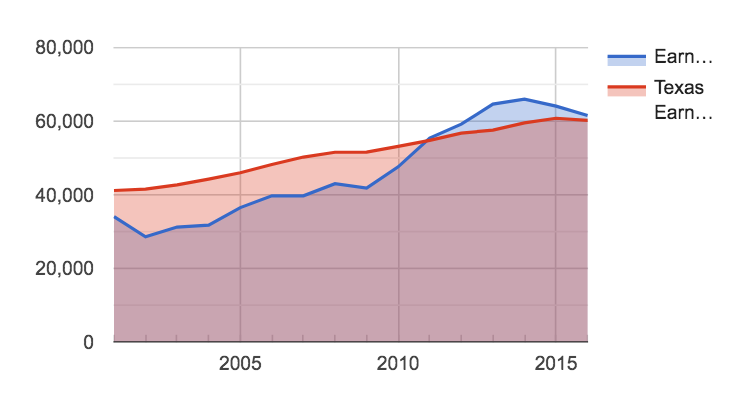 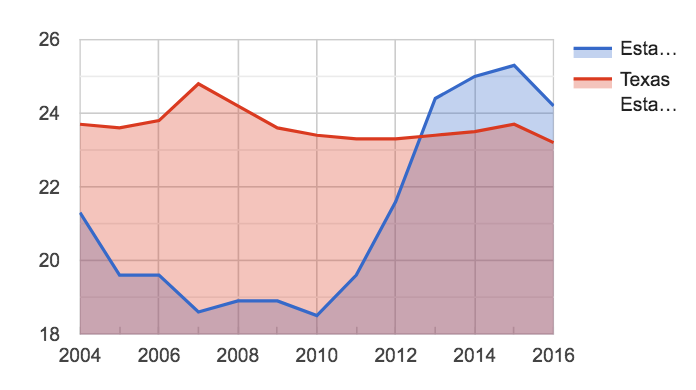