Kleberg County in the Coastal Bend has a population of about 32,000 today. Historically, this area's economic performance was close to that of Texas as whole. Until 2015, the county's unemployment rate was around the statewide average.

Due in part to the falling oil and gas industry in South Texas, its unemployment level inched up in 2015 and 2016. Meanwhile, the county faced job losses at a pace close to that following the 2007-2009 national recession. Still, the patterns of local sales tax collections indicate that the area's overall business conditions have remained relatively steady.

Kleberg County is home to the Naval Air Station in Kingsville. This military base helps make the government the largest employer of the county, making up nearly 40 percent of the local workforce. The sectors of health care, retail trade, and accommodation and food services each accounts for another 10 percent of area employment. The city of Kingsville is also home to Texas A&M University-Kingsville. 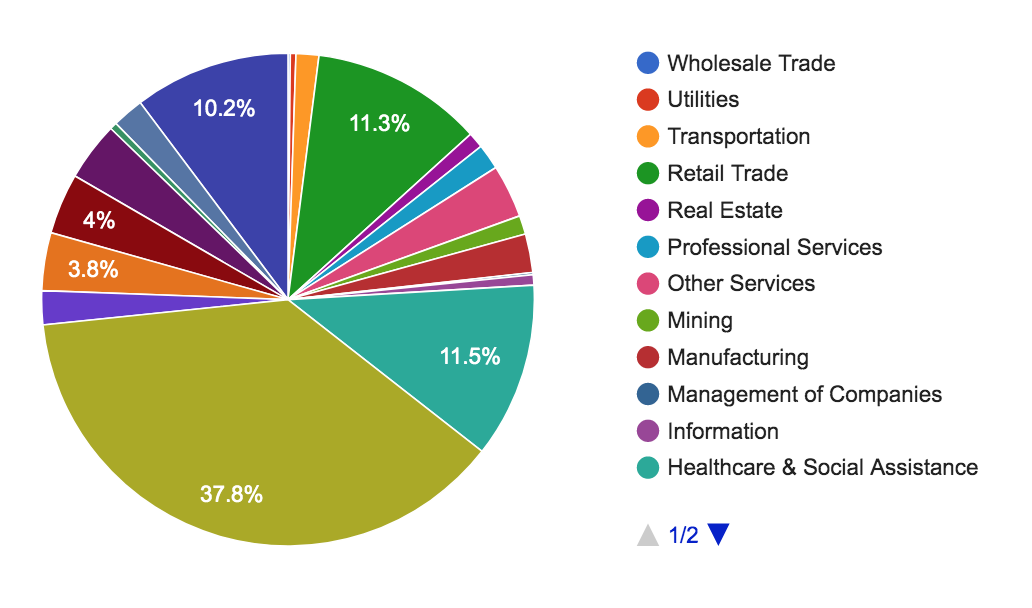 The average annual earnings of employees in Kleberg County are about 73 percent of the Texas state average. Due in part to the presence of the military base and post-secondary institution in Kingsville, the educational attainment levels of the area is relatively higher than the rest of the South Texas region. About 14 percent of this county's residents hold a Bachelor's degree, and about one in 10 of them holds an advanced or graduate degree.

Business development has historically been relatively steady in this area. The number of business establishments per 1,000 residents varied around 20 in the past decade, slightly below the 23.5 statewide average. 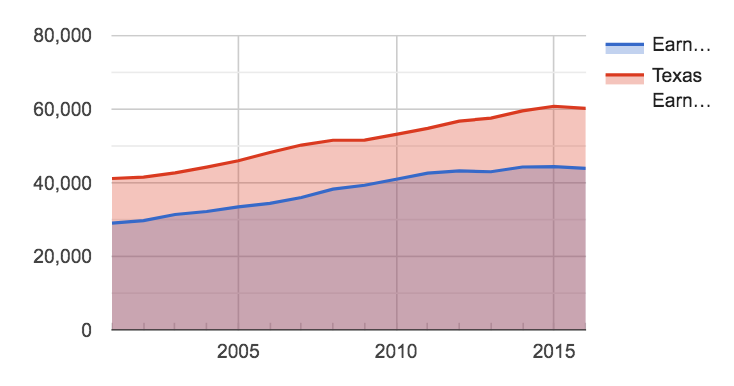 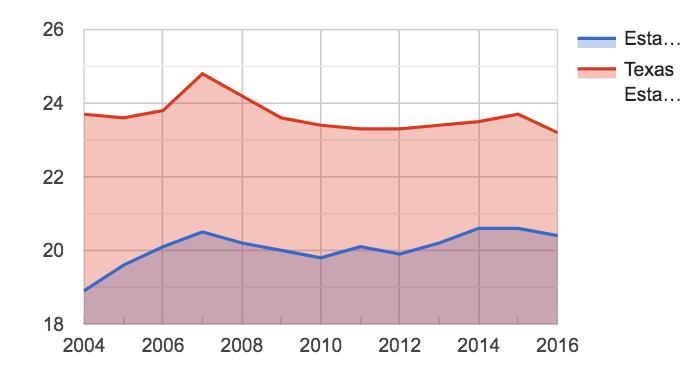