With about 400 residents in the past two decades, Kenedy County in the Coastal Bend has sustained a much lower unemployment rate than the rest of South Texas. Its unemployment rate hit a record level of 9 percent in 2010. Between 2011 and 2015, this county's unemployment remained about one percentage point below the statewide average.

Due in part to its relatively small workforce, the county's job growth rate varied widely over time. This area appeared to be heavily exposed to the impact of the falling oil prices in recent years. After double-digit gains during the Texas shale oil boom ending in 2014, its employment growth turned negative in 2015 and 2016.

Other than the government sector, employment in Kenedy County has been heavily concentrated in mining and farming. More than 40 percent of the county's workforce is in oil and gas extraction, and nearly 15 percent is involved in the farming sector. Despite farming's relatively large role in the area, employment in this sector has in fact declined since 2005. 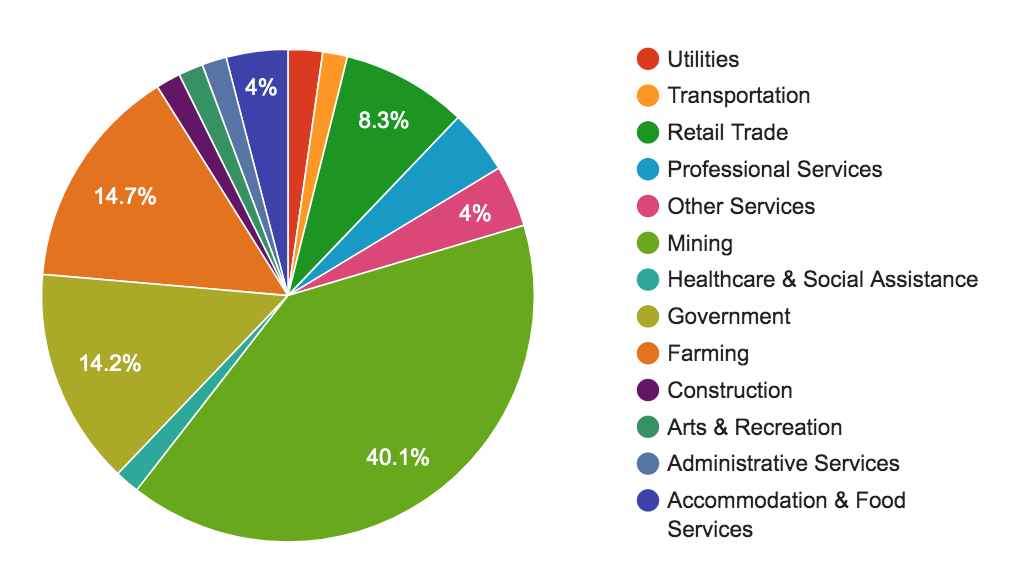 Due to persistent outmigration of residents, Kenedy County's population has fluctuated around 400 in the past two decades. The overall educational attainment level of residents in this County is much lower than the U.S. average. Only 12 percent of the adult population in the area holds a Bachelor's degree or higher, compared to nearly 30 percent nationwide.

Rapid income growth in recent years has narrowed the income gap between Kenedy County and Texas statewide average. The area's income earnings per employee in fact exceeded the state levels between 2011 and 2014. 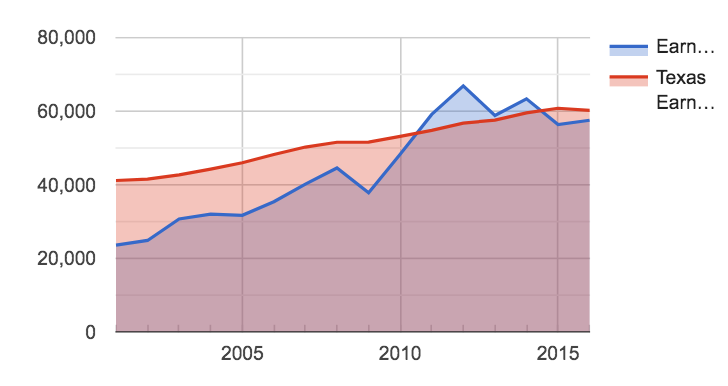 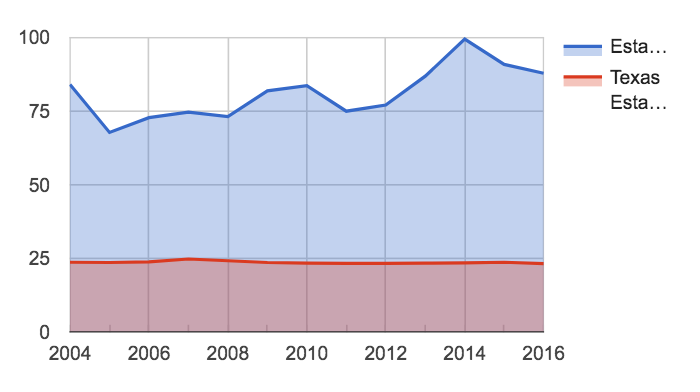