Guadalupe County is located on the west side of the San Antonio-New Braunfels MSA. As an area between Austin and San Antonio, this county's economy has been the most stable and healthy in South Texas.

Despite fluctuations over time, the unemployment rate of Guadalupe County has historically been above 1 percentage point below the statewide level. In 2016, its monthly unemployment rates averaged below 4 percent, the lowest among all counties in South Texas.

Guadalupe County's strong employment and population growth over time has promoted a vibrant business environment, especially its housing market. Home construction activity was relatively stable during the past decade, resulting in steady appreciation of home prices. 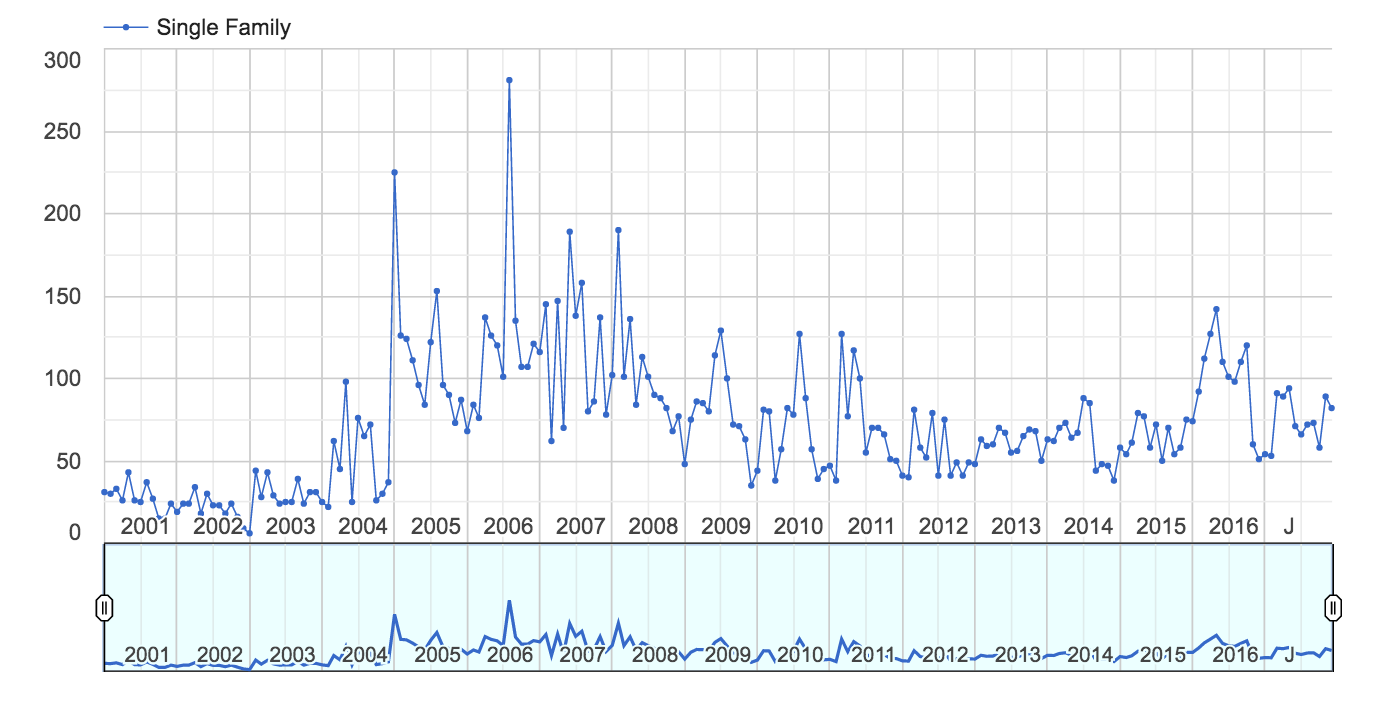 The remarkably stable economy in Guadalupe County is associated with the area's economic diversification. In contrast to the rest of the South Texas region, the manufacturing sector is the largest employer, making up almost 17 percent of the local workforce. Other relatively large sectors are construction and services.

Recent growth of the shale oil and gas industry in South Texas has also resulted in relatively strong expansion of the mining, manufacturing, and transportation industries. 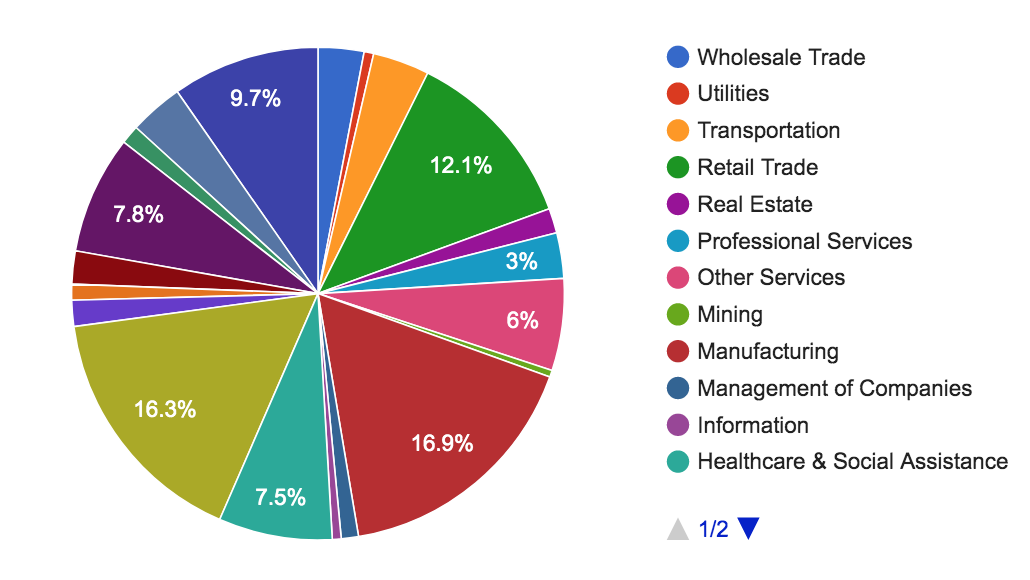 The average annual earnings for employees in Guadalupe County have historically been about 80 percent of the Texas state average. This income gap is associated with its workforce's relatively lower educational attainment. Although being the highest in South Texas, about 25 percent of the adult population in this county holds a Bachelor's degree or higher, compared to nearly 30 percent nationwide.

Strong employment and population growth in this county have promoted local business growth. However, as population growth has outpaced the opening of new businesses since 2007, the number of business establishments per 1,000 residents has edged down steadily. 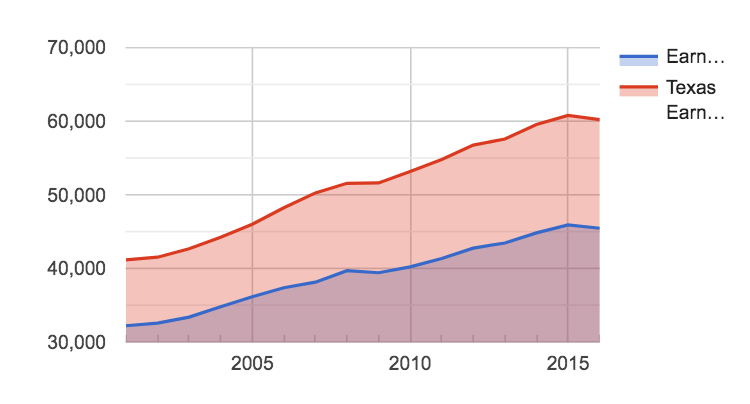 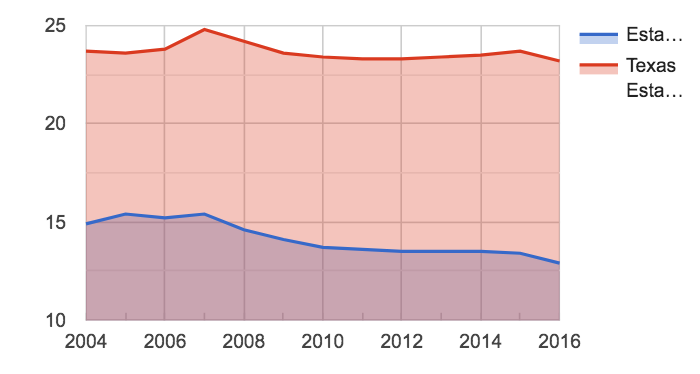