Goliad County is part of the Golden Crescent region in South Texas. Because this county is located in the Eagle Ford shale play, its economic performance has followed closely the rise and fall of the oil and gas industry since 2010. After reaching a record high level above 8 percent in July 2009, its unemployment rate improved continually through the end of 2014. Rapid development of well drilling activity in the Eagle Ford region also led to employment growth above 4 percent in 2012.

Falling oil prices beginning in late 2014 have taken an immediate hit on Goliad County. The area's job growth slid to -3 percent year-over-year in October 2015. But its labor market recovered rapidly in the following year as oil production resumed across much of South Texas. In late-2016, the unemployment rate peaked at 5.7 percent, but there were early signs of improvement by year-end. Gauged by local sales tax collections, the area's overall business conditions have also remained robust. 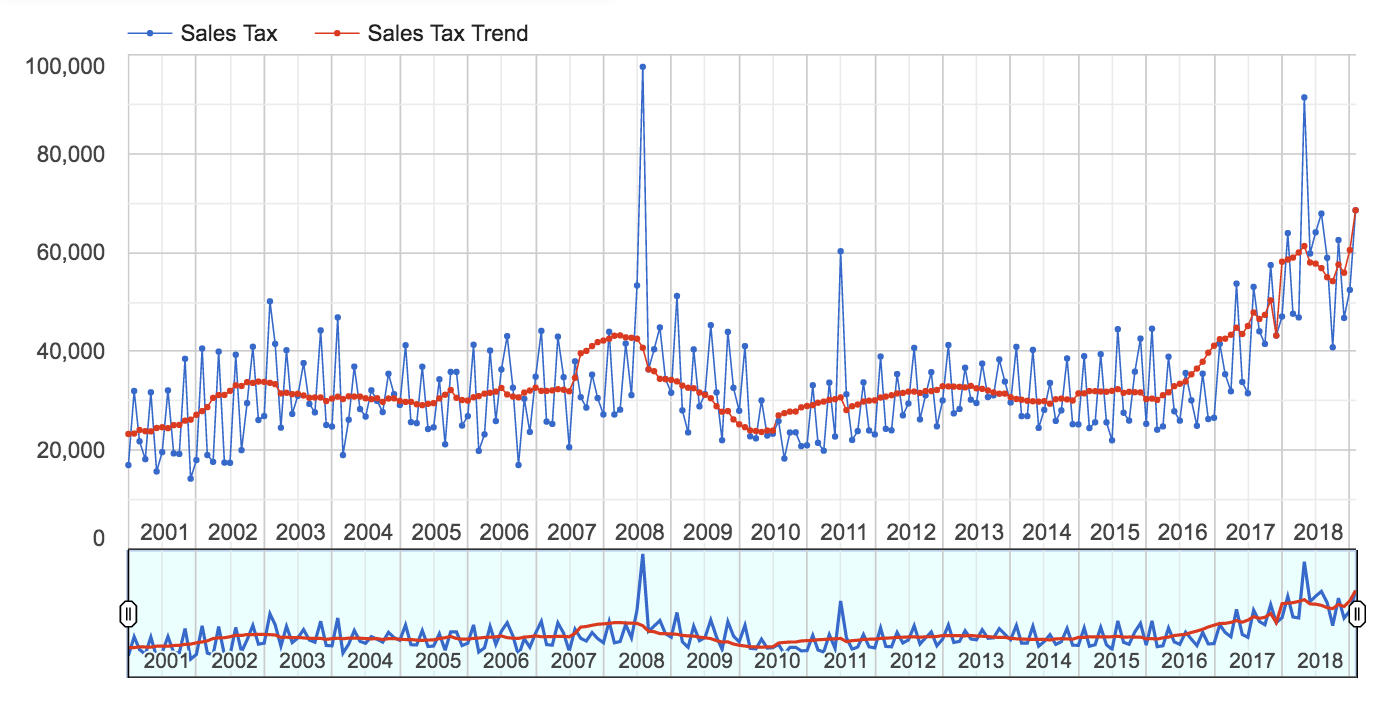 The government sector is the largest employer in Goliad County, making up nearly one in three local job positions. The private sector is quite diversified. The largest sectors are accommodation and food services, health care, retail trade, and construction. 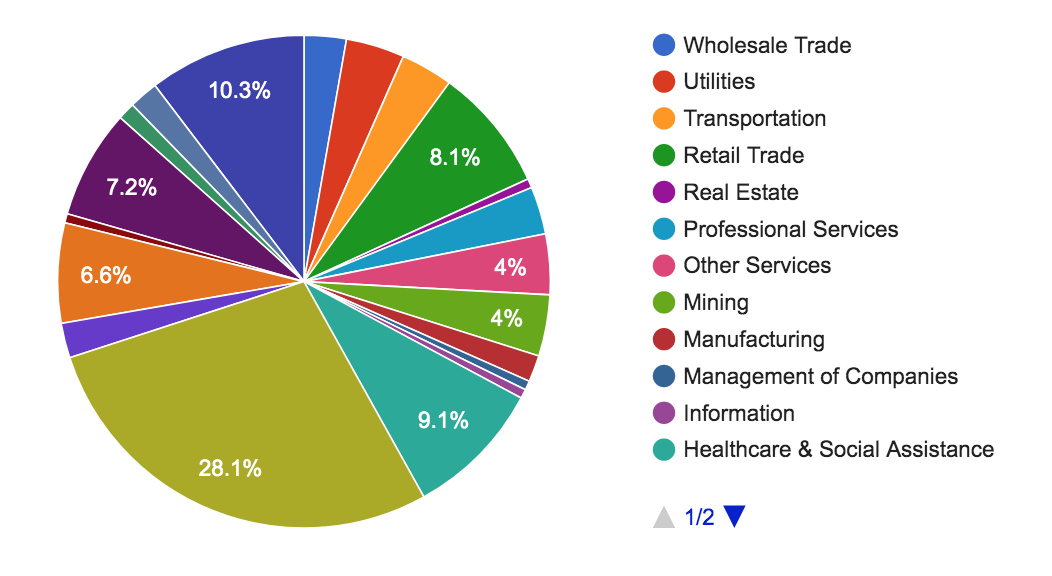 Income earnings in Goliad County have historically been 35 percent below the statewide average. This income gap is associated with its workforce's relatively lower educational attainment. Only 18 percent of the adult population in the area holds a Bachelor's degree or higher, compared to nearly 30 percent nationwide.

The recent shale oil boom accelerated the area's income and population growth. But that growth resided during the past two years in the aftermath of low oil prices. This county's population size has grown to about 7,500 today.

Despite the rapid development of shale oil and gas drilling activity in Goliad County, local business formation has lagged behind the area's population growth. The number of business establishments per 1,000 residents decreased from a record high of 26.5 in 2008 to 21.2 in 2016. 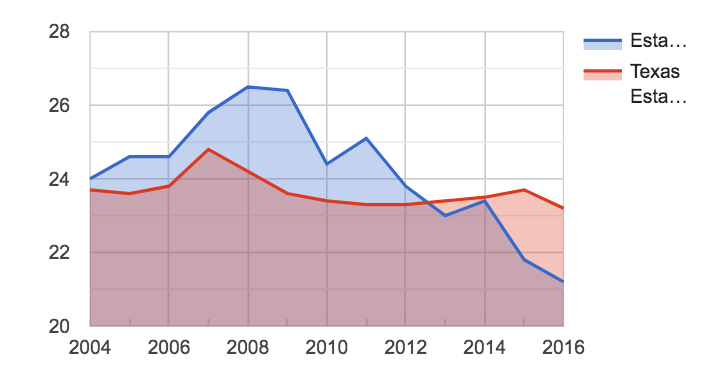