Dimmit County is part of the Middle Rio Grande region of Texas. This area grew significantly during the Texas shale oil boom between 2011 and 2014. Its unemployment rate dropped from over 12 percent in 2010 to below 4 percent by the end of 2014. As falling oil prices have impacted oil and gas extraction, this area's unemployment rate has inched up over time, reaching close to 7 percent by the end of 2016.

In 2011, this county's employment gained as much as 30 percent from the previous year. Job growth remained strong in the following years until the collapse of oil prices in late 2014. The area's employment level shrank in 2015 and 2016, but the reductions have slowed down. Measured by local sales tax collections, the area's overall business conditions have also weakened considerably. 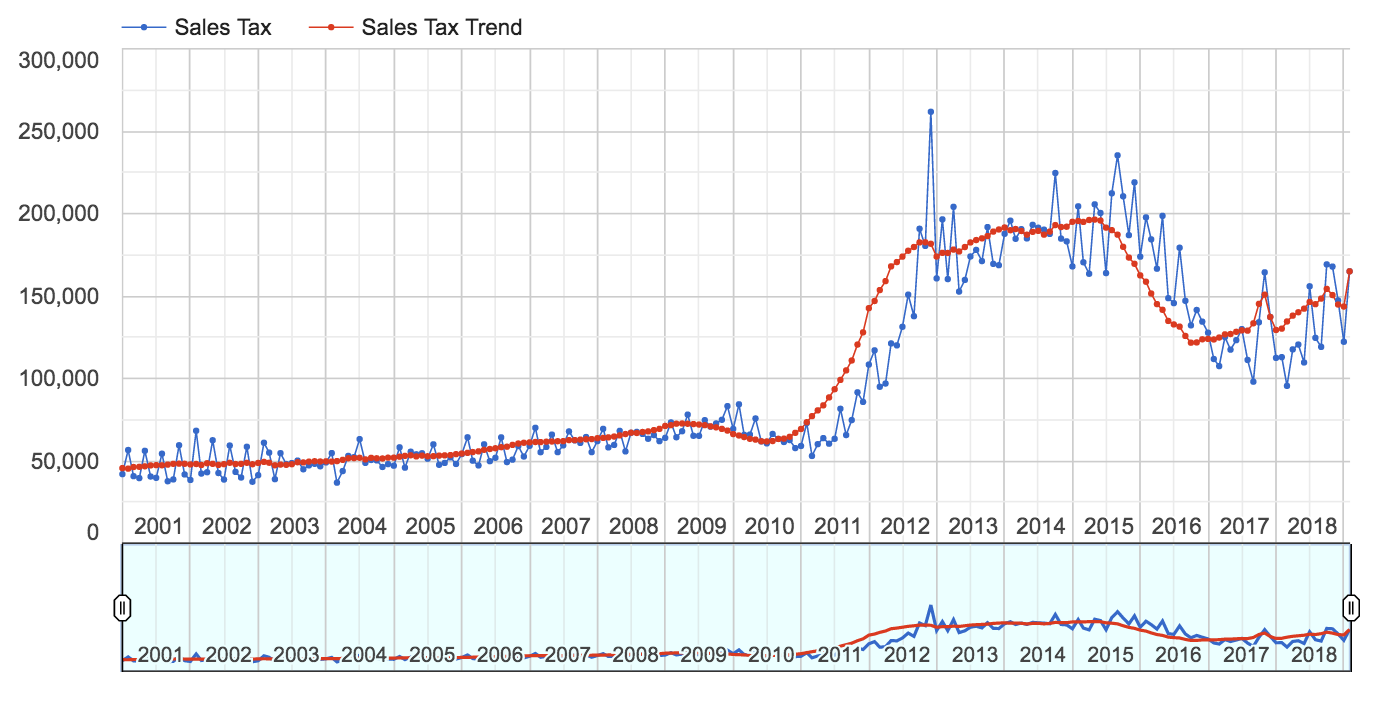 Dimmit County's economy is heavily dependent on oil and gas extraction. The mining sector makes up 15 percent of all jobs in this area. The health care sector accounts for another 9 percent of the local workforce.

Although employing only 338 workers, the farming sector in this county is relatively large in comparison with the rest of the nation. Other than the mining sector, the shale oil boom in the South Texas region has strengthened the development of various industries in the area, including construction, transportation, and accommodation and food services. 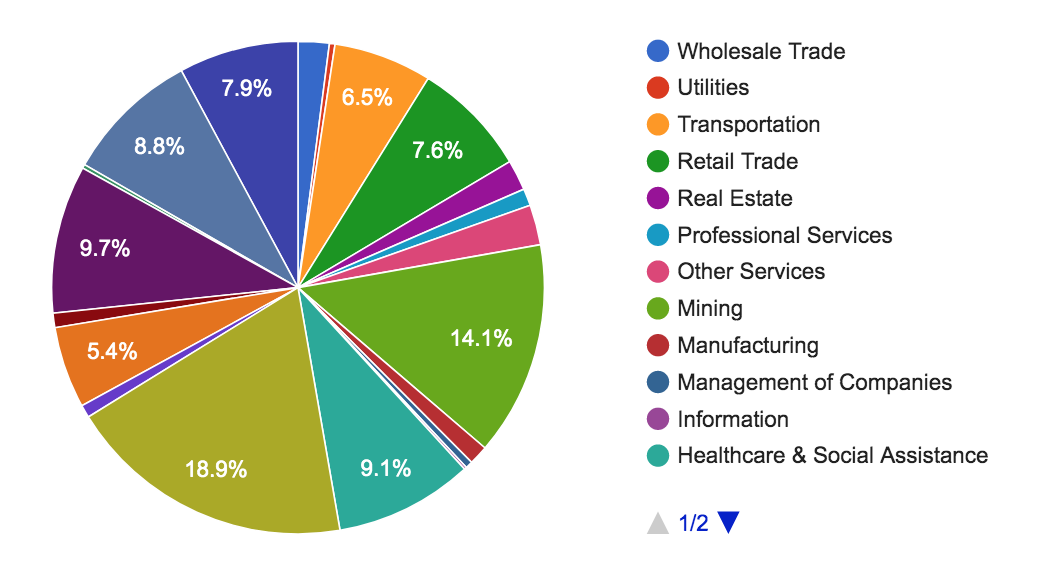 Income earnings in Dimmit County have historically lagged behind the rest of the state until the recent shale oil boom. By 2014, the average annual earnings for employees in this county had matched the statewide average of about $60,000.

Since 2010, rapid employment and population growth in this county have also strengthened local business growth. The number of business establishments per 1,000 residents in the area increased from 24.5 to a record high of 30.5 in 2015. 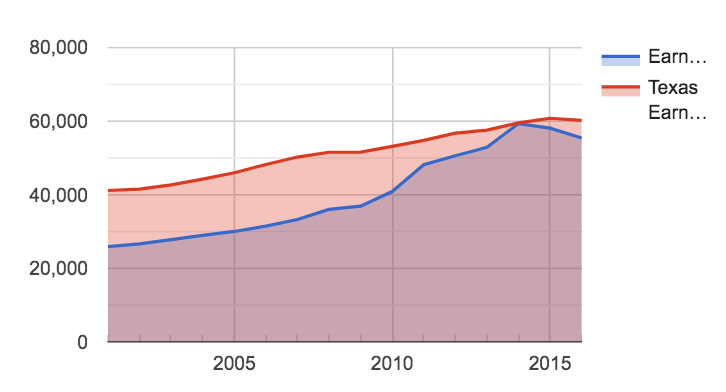 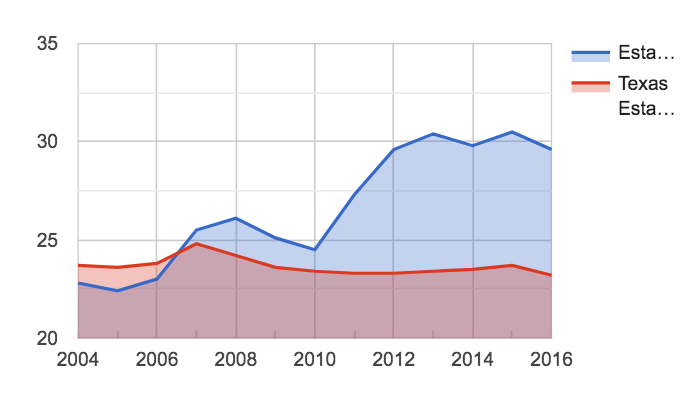