DeWitt County in the Golden Crescent region of Texas has been heavily exposed to the rise and fall of the shale oil industry since 2010. In 2011 and 2012, its year-over-year employment growth was about twice the Texas average. Employment growth surged again in 2014 before falling into negative territory in the past two years.

DeWitt County's unemployment had stayed below the statewide average historically until the middle of 2016 when that county's employment dropped at a rapid pace. Gauged by local sales tax collections, this area's overall business conditions have also weakened considerably. 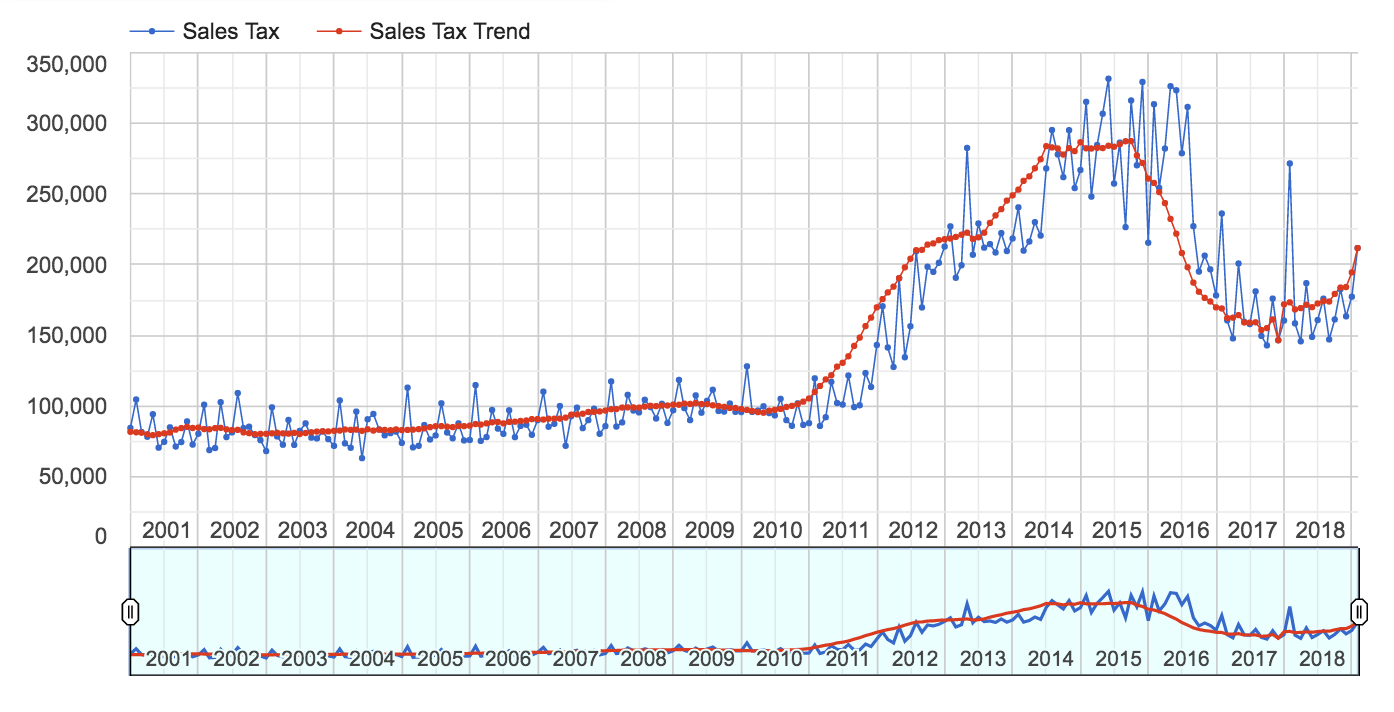 The economy of DeWitt County is rather diversified. The government sector is the largest sector, making up 28 percent of the local workforce. The second largest sector is manufacturing, which employs more than 1 in 10 workers in the county. The manufacturing sector, which is closely associated with oil and gas extraction, accounts for nearly 7 percent of all jobs in the county.

Following recent developments of the shale industry in the Eagle Ford region, the size of the oil and gas industry in this county has become relatively large by national standards. 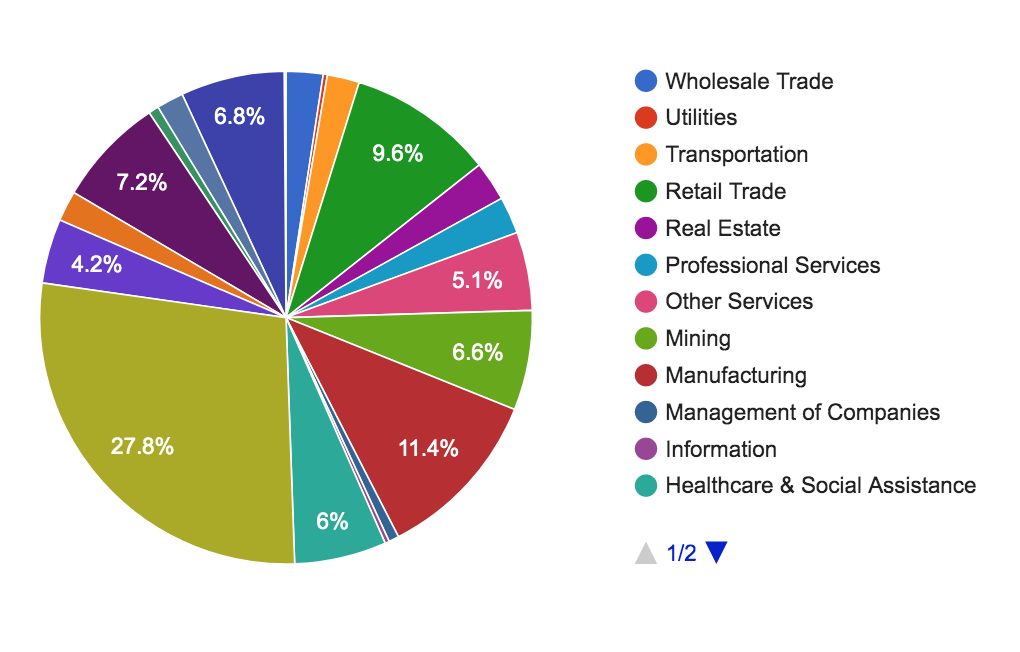 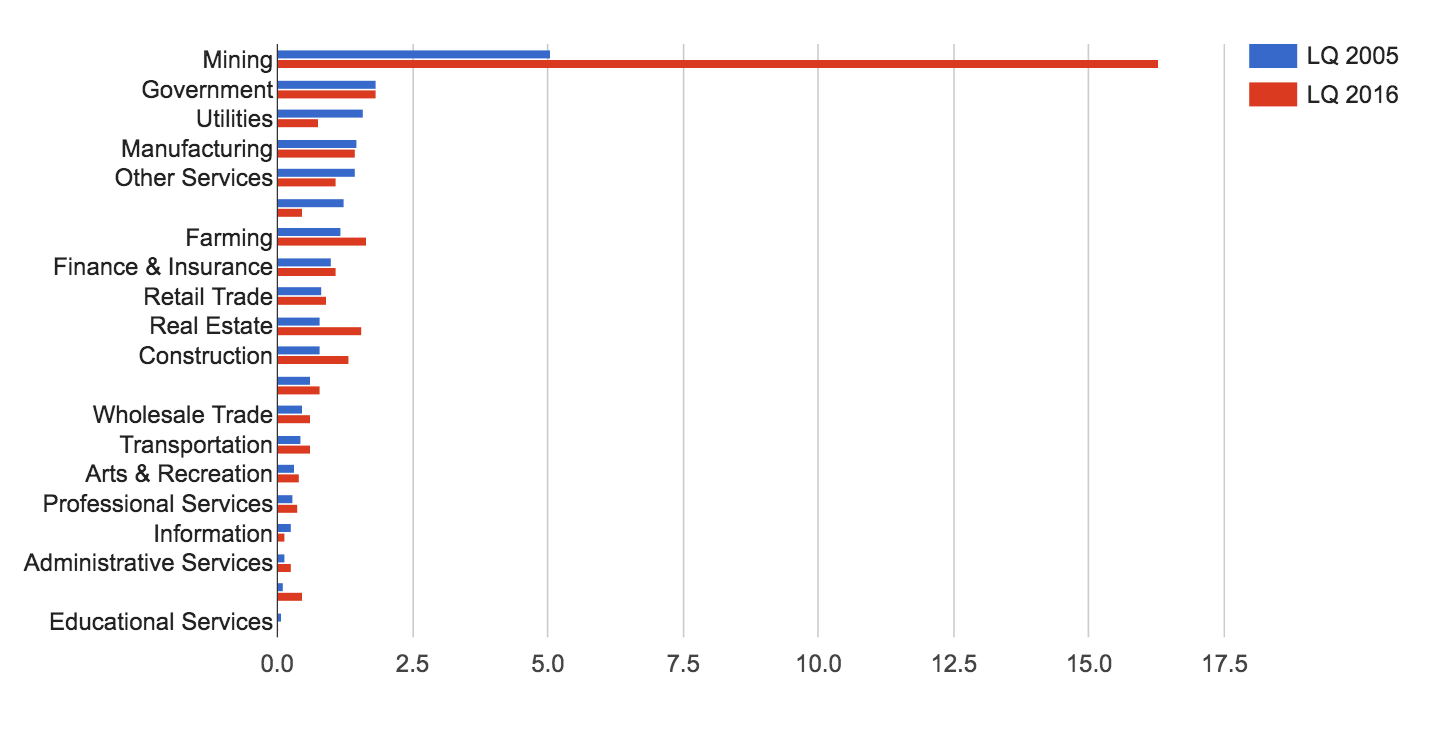 Despite rapid growth during the shale oil boom between 2011 and 2014, the average annual earnings of employees in DeWitt County have remained about 80 percent of the Texas state average. This income gap is associated with its workforce's relatively lower educational attainment. Only 14 percent of the adult population in the region holds a Bachelor's degree or higher, compared to nearly 30 percent nationwide.

Along with solid employment and population growth in recent years, the number of businesses has been growing more rapidly in this county than the rest of the South Texas region and the state. In 2016, there were 28 business establishments per 1,000 residents in DeWitt County, compared to 23.2 statewide. 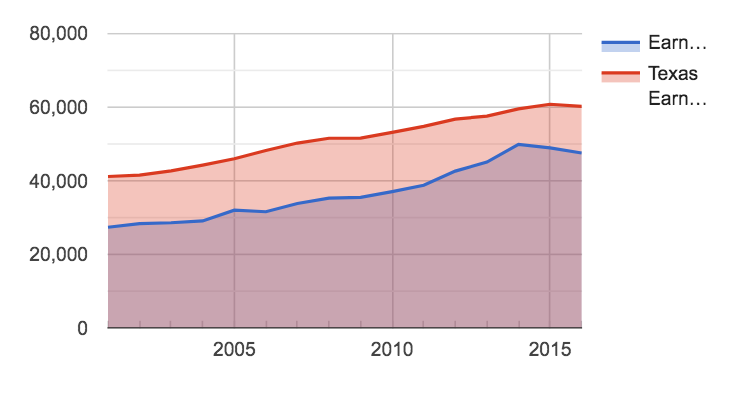 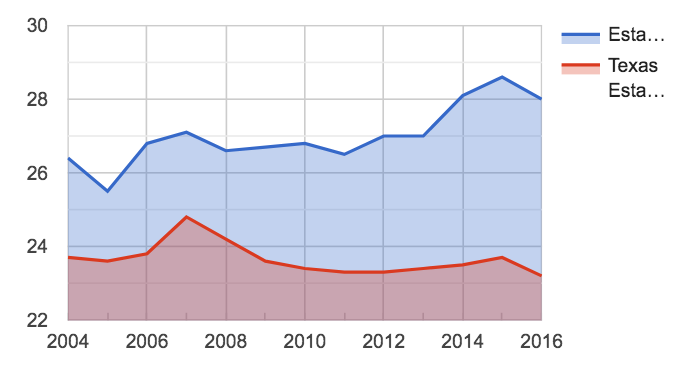