Calhoun County is part of the Golden Crescent region along the Texas Gulf Coast. Historically, its unemployment rate stayed closely with the Texas state average. Following the 2007-2009 national recession, this county's unemployment rate was above 8 percent until the end of 2011, and then improved at a rapid pace through mid-2016.

Since 2010, the county's labor market has fluctuated widely over time. Its economy recovered rapidly in 2010 after the depths of the nationwide recession. Year-over-year employment growth reached more than 10 percent again in 2013 during the midst of the shale oil boom.

Perhaps due to economic expansion at the national level, growth in business sales activity and employment remained strong in the past two years. As a relatively small community with fewer than 22,000 residents, the county's home construction activity has remained stable. The average home price has also stayed steady around $250,000. 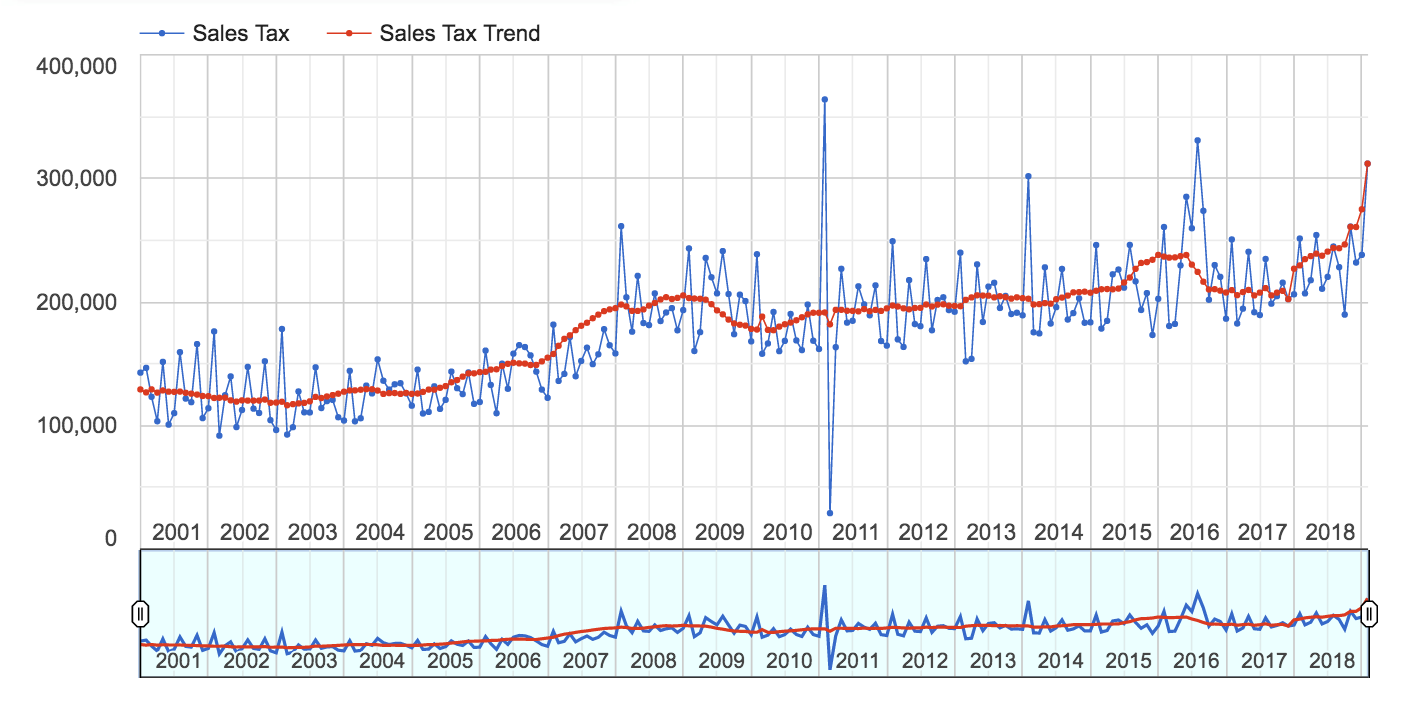 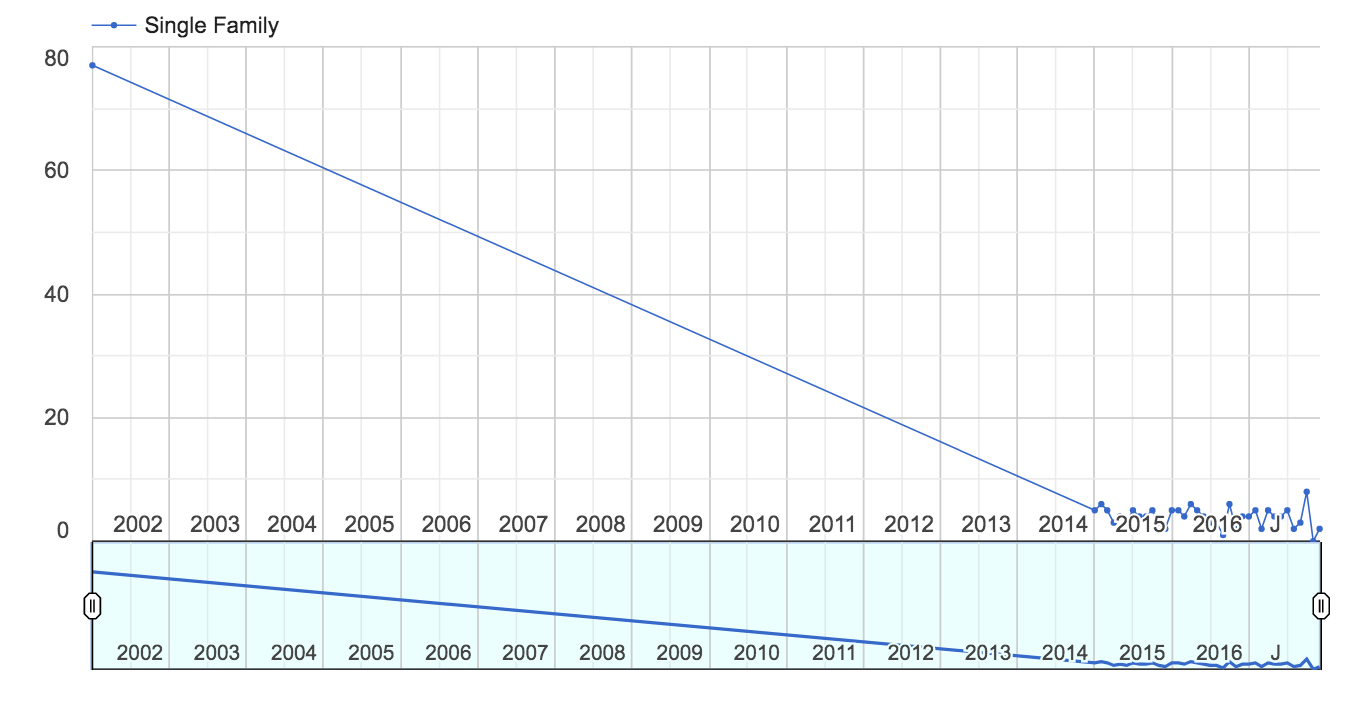 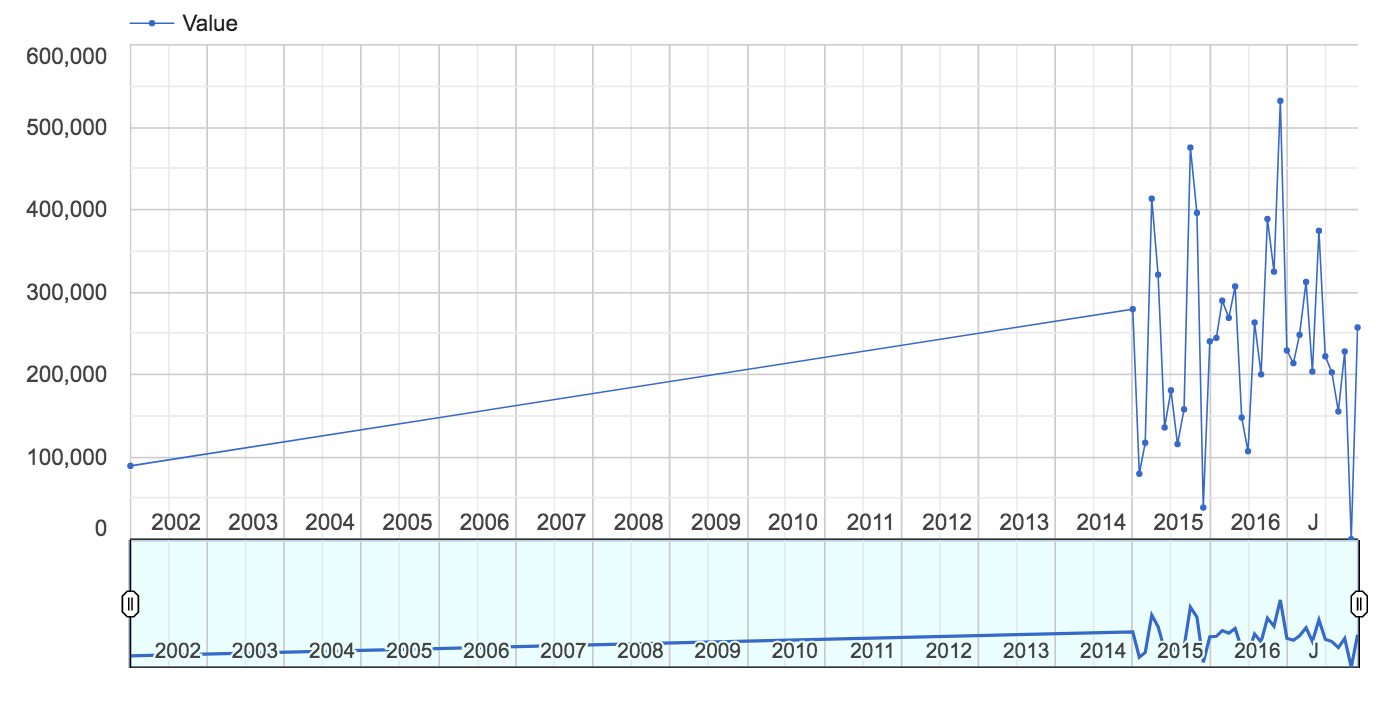 Industrial plants in Port Lavaca, such as Alcoa and Dow Chemicals, are among the area's largest employers. Other than manufacturing, the expansion of the construction sector since 2005 has been much stronger in that area than elsewhere in the nation. 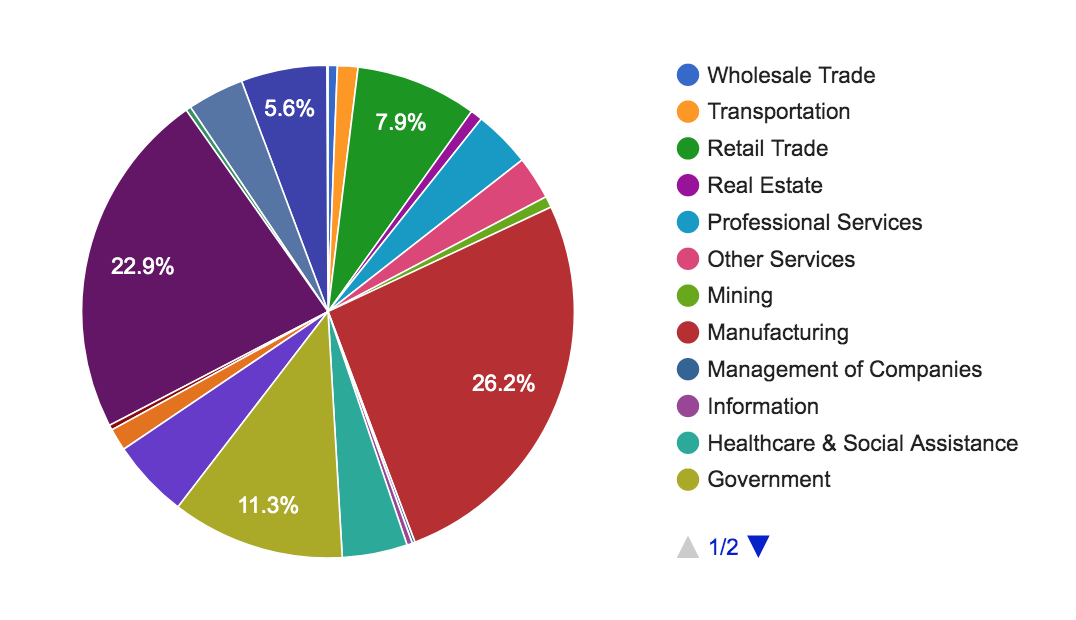 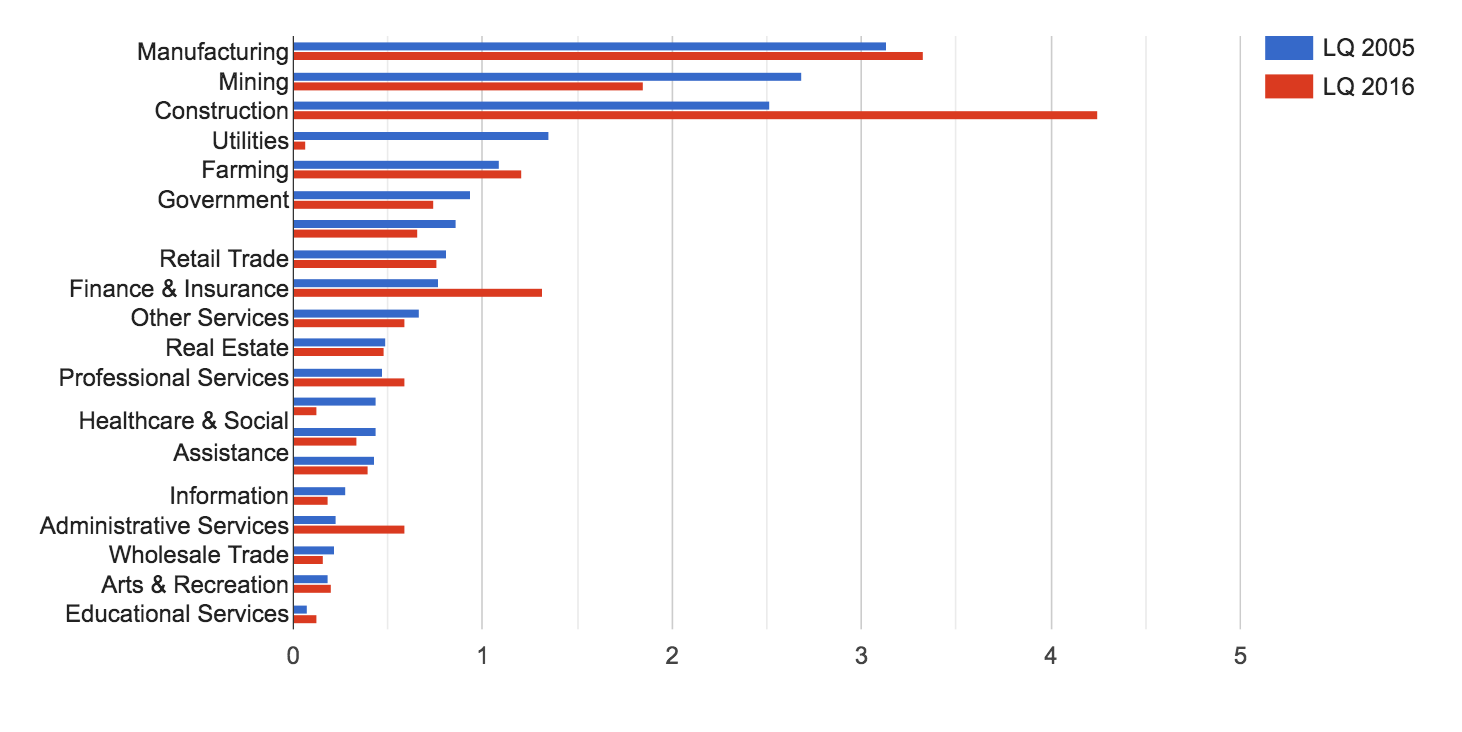 Due in part to the industrial manufacturing industry, Calhoun County's income earnings have historically exceeded the Texas state average. In 2016, its annual earnings totaled nearly $71,000 per employee, compared to about $60,000 for Texas as a whole.

Strong employment growth in the county since 2010 has spurred business formation as well as population growth. The number of business establishments per 1,000 residents increased from 22.1 in 2010 to 26.3 in 2015. 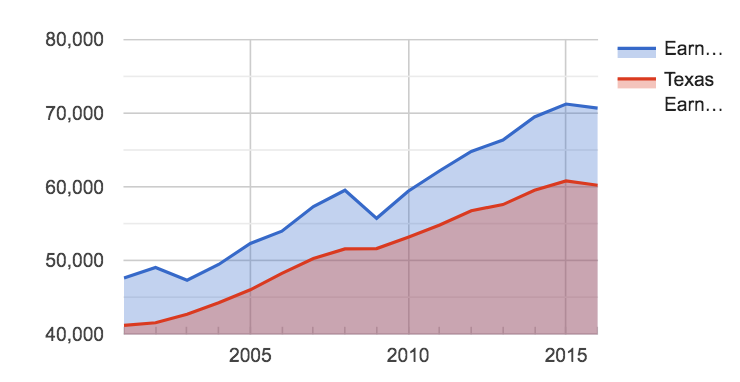 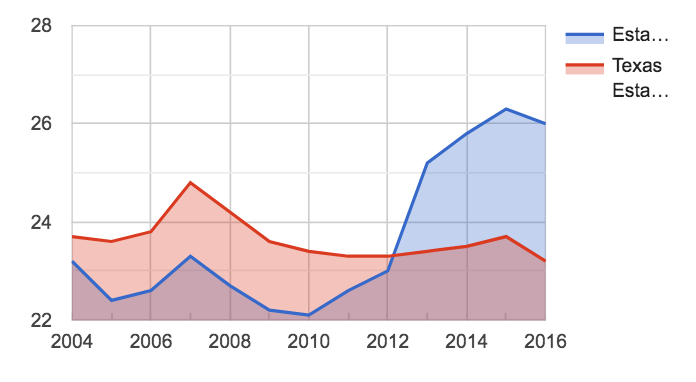