Brooks County in the Coastal Bend region has experienced relatively slow economic growth since the 2007-2009 national downturn. Its unemployment rate hit 13 percent in 2010. After steady improvement during the shale oil boom between 2011 and 2014, unemployment surged again in this county, reaching over 13 percent in July 2016.

This area appeared to be heavily exposed to the impacts of falling oil prices in recent years. On a year-over-year basis, the county lost as much as 10 percent of its local jobs by August 2015. Job losses continued throughout the year of 2016. Gauged by local sales tax collections, the area's overall business conditions have also slowed down considerably. 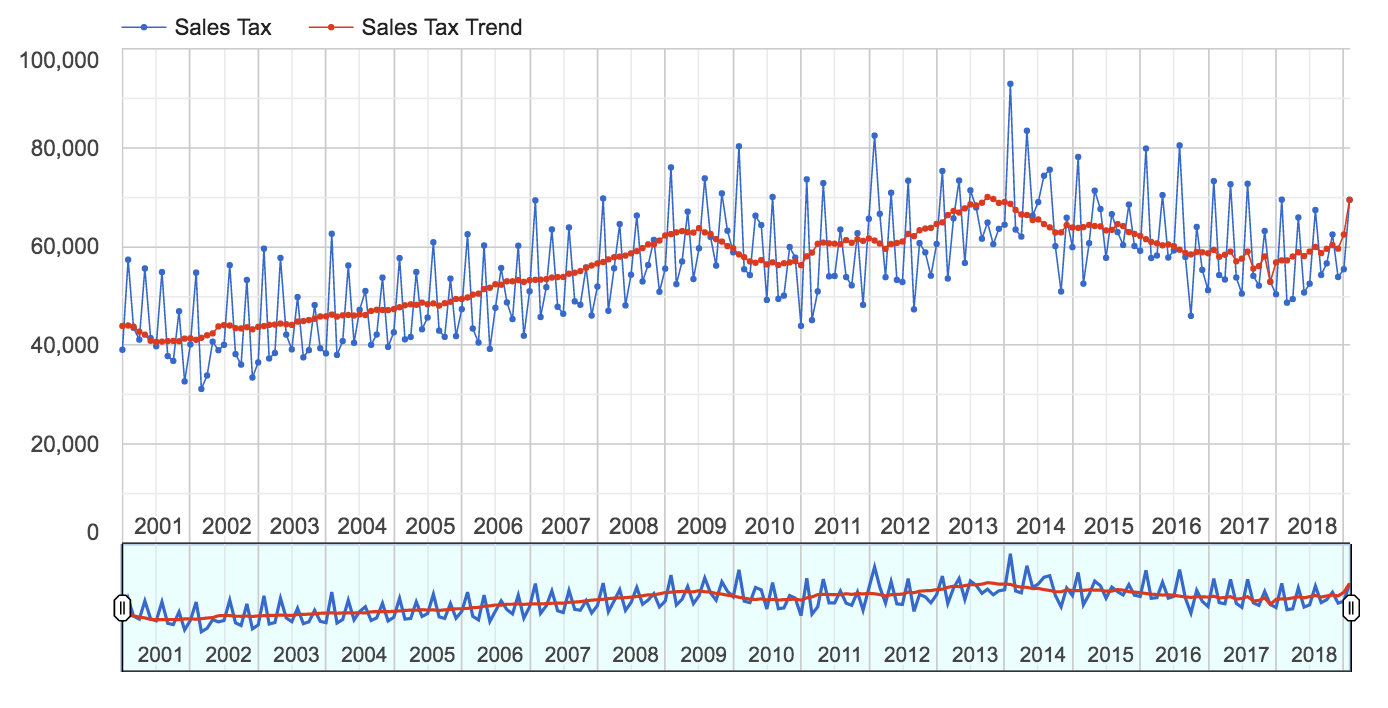 The government sector is the largest employer in Brooks County, making up nearly 30 percent of the local workforce. The other major sectors are health care and retail trade. Although the mining sector accounts for only 5 percent of local employment, that employment share is more than 10 times the national average. Another relatively large sector is farming, whose employment share at 7 percent is nearly six times the national average. 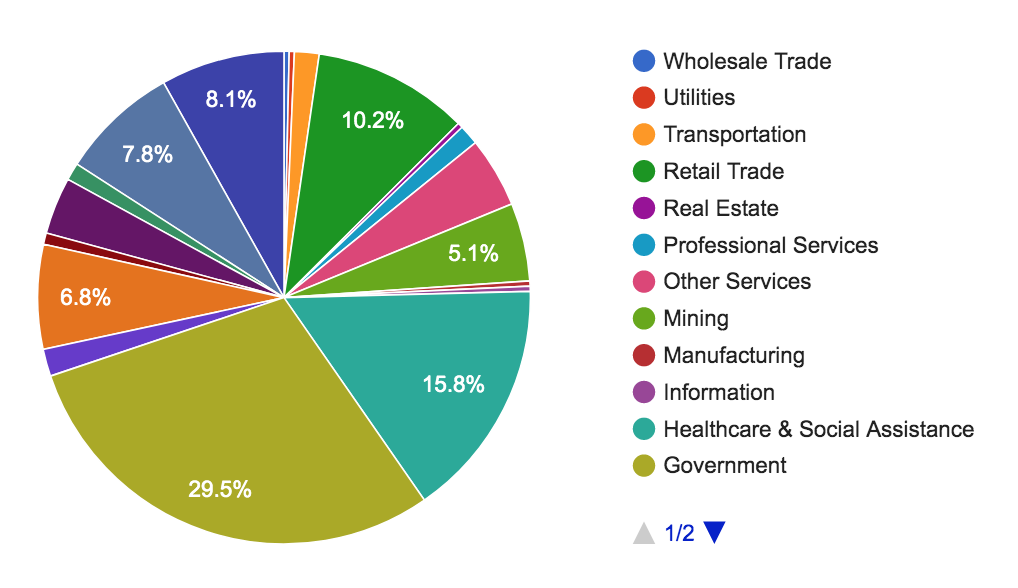 As for most communities in South Texas, the average annual earnings of employees in Brooks County are 30 percent below the Texas state average. This income gap is associated with its workforce's relatively lower educational attainment. About 18 percent of the adult population in this area holds a Bachelor's degree or higher, compared to nearly 30 percent nationwide.

In the past two decades, the county's population tended to reduce due to outmigration of local residents. The number of business establishments per 1,000 residents has been higher than the rest of the South Texas region and the state. A declining population might have weakened business development. Except for a temporary uptick in the number of new businesses during the peak of the oil boom around 2013, the creation of business startups has trended down since the housing boom ended in 2007. 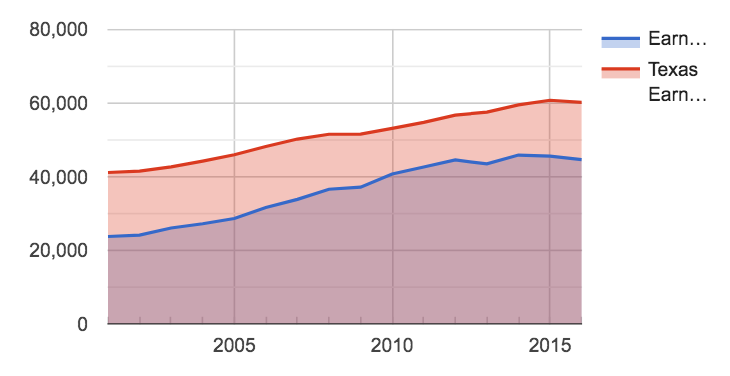 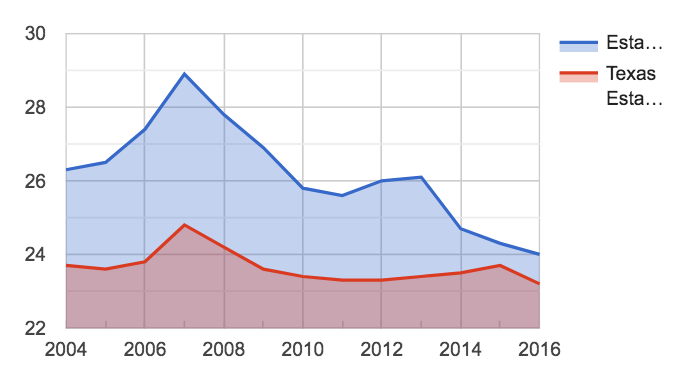